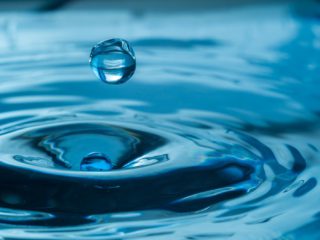 JFrog continues its takeover strategy to further expand its own DevOps platform and announces the acquisition of Upswift. The operator of a cloud service tailored to developers for monitoring, managing, securing and updating IoT and edge devices should be seamlessly integrated into JFrog’s Liquid software offerings. The declared goal is to provide comprehensive device management that covers all DevOps processes from source code to automated software updates.

DevOps and device management under one roof

As soon as the integration of Upswift is complete, JFrog DevOps teams and developers want to provide a common central management platform for the software lifecycle, which offers functions for automated builds and deployments, but also for security measures in the IoT and edge environment. The future offer should ensure the traceability and security of DevOps pipelines – from the initial provision of the software packages to the incremental updates on the devices.

The platform offers both the option of updating applications in a containerized manner and of applying updates to the IoT and edge systems directly at the file system level (OTA – over-the-air). In addition to the management and monitoring functions, developers also have remote control options including direct device access via APIs or a browser.

The DevOps specialist launched the JFrog DevOps Platform at the beginning of 2020 in order to bundle its tools for managing the entire software lifecycle in a uniform environment. It was originally based on the JFrog Artifactory repository manager and was gradually expanded to include other tools such as JFrog Pipelines for automating and orchestrating DevOps pipelines. In order to better cover the area of ​​security, JFrog recently acquired Vdoo Connected Trust, a provider specializing in security for embedded devices and IoT. Now, with Upswift and device management, another component follows, which is intended to complete the vision of the Liquid software symbolized in the JFrog company logo.

Provide further information on the acquisition of Upswift the official JFrogs press release as the blog post. Neither side has published specific details on the takeover conditions. Amit Ezer, founder and CEO of Upswift, and the entire workforce of the company are moving to JFrog immediately.