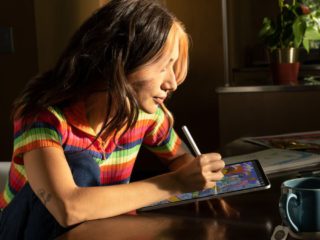 More intuitive multitasking, a redesigned home screen with integrated widgets, the Apps Library, Quick Notes to make system-wide annotations, SharePlay, a new experience in Safari … If you have an iPad, we tell you all the news that Apple presented in WWDC21 and that will arrive in a few months. All this you can do on the iPad with iPadOS 15.

Productivity: Working with the iPad

Using multiple apps at the same time is even easier on iPadOS 15. At the top of the apps there is a new multitasking menu that gives access to Split View and Slide Over with a simple tap. Now, when using Split View, users have direct access to the home screen to easily reach the app of their choice. With the new display, they will also be able to simultaneously use apps that have several windows, such as Safari and Pages, in addition to previewing their emails.

Users using an external keyboard will also benefit from new shortcuts and a redesigned menu bar. Now it is possible set up and toggle between Split View and Slide Over with new keyboard shortcuts for multitasking.

Users can now place widgets next to apps on home screen pages so they have more information at their fingertips. The new size of the widgets has been specifically adapted to the larger screen of the iPad and is ideal for displaying videos, songs, games, photos and other content. iPadOS 15 also features new widgets for the App Store, Search, Game Center, Mail, and Contacts.

The App Library comes to the iPad and automatically organizes apps into useful categories such as Productivity, Games, and Recently Added so that users have access to all their apps from the Dock.

Annotating on iPad is even easier with new features that help users jot down and organize their ideas. Notes are now available system-wide thanks to Quick Notes. If the user is browsing with Safari or looking for restaurants on Yelp, they can use Quick Notes anywhere to jot down their ideas or add links.

Notes also has new ways to organize, collaborate and include information. Tags help you categorize your notes and find them quickly using the new browser and tag-based smart folders. In addition, mentions are very useful for users who collaborate on shared notes, as they allow you to notify others and link other notes. There is also a new Activity view that shows the latest changes made to each note.

FaceTime helps users easily communicate with the people around them, and with iPadOS 15, conversations with family and friends are more natural than ever. Now users can share SharePlay experiences while chatting with friends via FaceTime, including listening to music together with Apple Music, syncing a series or movie, and screen sharing to show an app

Shared controls allow everyone to play, pause, or fast-forward. Users can stream content on their television with Apple TV while sharing the moment with friends and family via FaceTime. With SharePlay it is also possible to share the screen, an ideal feature to surf the internet together.

Renewing Safari on the Web

Safari features a new tab layout that allows users to see more of the page while browsing. The new tab bar appears the same color as the web page and groups the tabs, toolbar, and search field in a compact layout. Tab Groups allows you to save and manage tabs, which makes it ideal for planning trips, shopping or saving the most visited tabs.

Plus, they sync across Mac and iPhone to easily add content to a project on the go or share tabs with friends and family. Now Safari on iPad supports web extensions that are available in the App Store.

One of the star additions to all Apple operating systems, Focus mode also comes to the iPad: Concentration is a new feature that filters notifications according to what the user is doing. The device can be configured to fully experience the present moment. Users can create a custom Concentration or select one of those suggested depending on the context, for example during working hours or before going to bed.

Users can also create home screen pages with the apps and widgets they need at any given time, making it easier for them not to be tempted and see only the most important apps. A new summary of notifications It encompasses a series of notifications that can be shown together when the user determines it, such as in the morning and in the afternoon. This way, they can catch up when it suits them best.

Live Text uses the intelligence built into the device to recognize text in images and give users more options. For example, you can take a picture of a store’s phone number to call directly. With Visual Search, users can identify elements in an image, such as the species of a flower or the breed of a dog.

Now Spotlight is capable of search the Photos app and web images, And the results are more comprehensive for contacts, including recent conversations, shared photos, and their location (as long as they have shared it with the Search feature). In addition, Spotlight takes advantage of Live Text for easy searching in photos, such as a public transportation map, receipt, or a screenshot of a recipe. Live Text also works with handwritten text, which is ideal for searching on whiteboard photos or notes.

The Translate app comes to the iPad with new features that facilitate conversations more naturally. When using the app, automatic translation detects if someone is speaking and the language they are using so users can chat spontaneously, without having to touch a microphone button.

To make conversations more personal, the face-to-face view allows you to place the iPad between two people and each can read the corresponding translations on their part of the screen. Now you can translate text anywhere on iPad by simply selecting it and tapping Translate. This includes handwritten text as well. By combining this feature with Live Text, users will be able to translate even text that appears in photos.

Learn to code with Swift Playgrounds

Swift Playgrounds is the best way to learn to code. Now with Swift Playgrounds 4, users have the tools you need to create apps for the iPad or iPhone and send them directly to the App Store from the iPad. This provides developers with new ways to design apps and bring them to the world. The code is immediately reflected in the preview as users develop their apps, and they can run them in full screen for testing.

A new open source format based on the Swift packages can be opened and edited in Swift Playgrounds for the iPad, in addition to Xcode on the Mac, so users have even more options for developing apps on both the iPad and the Mac.

Universal Control allows use the same mouse and keyboard and switch from Mac to iPad no additional settings. It even allows you to drag and drop content from one device to another. Users can use it, for example, to draw a sketch with Apple Pencil on iPad and include it on a Keynote slide on Mac.

Shared With You searches the entire system for articles, series, photos, and other content shared in Messages conversations and displays them directly in apps like Photos, Safari, Apple News, Music, Podcasts, and Apple TV for easy access and see them in context.

Photos includes the biggest update to date for Memories, now featuring a revamped look, interactive interface, and Apple Music integration. This means that it uses the intelligence built into the device to display song suggestions.

Now, with voice recognition built into the device, the audio from Siri requests is processed on the iPad by default, which greatly improves performance. In addition, Siri incorporates notifications of the notifications in the AirPods, the possibility of sharing the screen just by asking and much more.

iCloud + gives users everything they love about iCloud and enhances it with new premium features at no additional cost, including Hide My Email, expanded support for HomeKit secure video, and an internet privacy service called iCloud Private Relay.

Users’ iCloud subscriptions will automatically move to iCloud + this fall. All iCloud + plans can be shared with people in a Family Sharing group, so everyone can enjoy the new features, storage, and improved service experience.

Control your iPad with your eyes

Now him VoiceOver screen reader uses device intelligence to explore objects in pictures. This allows users to discover more details about the people, text, tables, and other objects that appear in the images. Compatibility with third-party eye-tracking hardware allows control the iPad with your eyes only.

Background sounds are played continuously and they blend in or camouflage with other audio and system to reduce unwanted ambient or external noise. This helps users to focus, stay calm, and rest. Actions through sounds allow you to customize Voice control for use with mouth sounds. Now users can change the text and screen size for each app.

The iPadOS 15 Developer Preview is now available to Apple Developer Program members at developer.apple.com, and a public beta for iPadOS users will be released in June at beta.apple.com. The Final version of iPadOS15 will be available this fall as a free software update for: