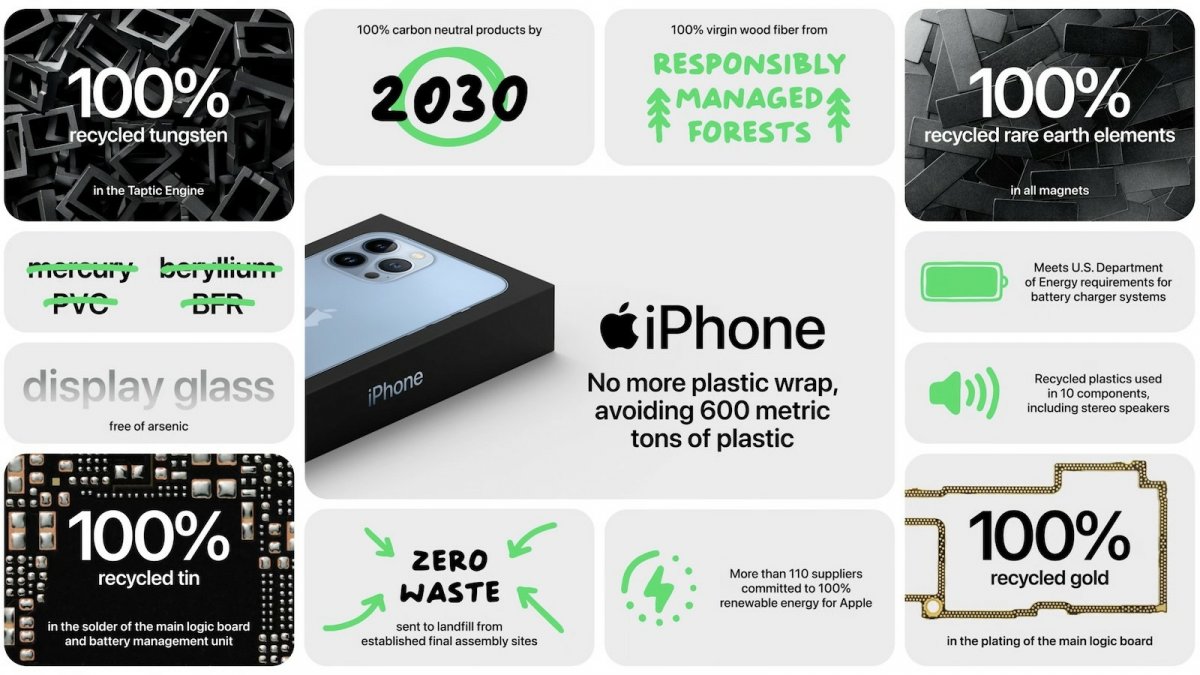 iPhone 13: Apple does without more plastic

Apple wants to further reduce the packaging waste generated by its most important product, the iPhone. After the boxes for the smartphones had already been made narrower, which allows larger quantities to be packed on an aircraft pallet, the group now also wants to get rid of the usual clear film in which the devices are wrapped. Apple announced this last week.

A strip instead of foil

According to information from Apple marketing boss Greg Joswiak, the entire iPhone 13 model range is able to save up to 600 tons of plastic waste. It is now also clear how the implementation is planned. A Twitter users with China contacts published a picture at the end of last week showing the new packaging of the iPhone 13.

Apple solves the problem of transporting or otherwise unwanted popping up boxes very simply: An adhesive strip is attached to the upper corner of the iPhone-13 packaging, as it is known from other packaging boxes of the group. To open the iPhone box, pull it off (which also produces garbage, but this time made of paper).

iPhone up to 1830 euros expensive

The question arises, however, whether the missing film means that the iPhone boxes get scratches or dents. With a smartphone, which can be expensive up to 1830 euros, users certainly do not want to damage the box themselves. However, Apple seems to be certain that this will not happen when choosing the material. How the pallets are secured with the iPhones themselves – the logistics industry also tends to use foil here – remains unclear, Apple has not yet given any information on this.

Further eco-criteria for the iPhone 13

Apple emphasizes that it is particularly ecological this time with the iPhone 13, 13 mini, 13 Pro and 13 Pro Max. Both the proportion of tungsten and the proportion of rare earths in the device are obtained entirely from reused sources. The gold contained is also 100 percent recycled, as is the tin. Mercury, PVC, bromine-containing fire retardants or beryllium are no longer contained in the devices, and arsenic is no longer built into the screen glass. Recycled plastic is in turn built into ten different components, including the stereo speakers. The “established final assembly locations” of the iPhone 13 (in China) also no longer generate external garbage, according to Apple.