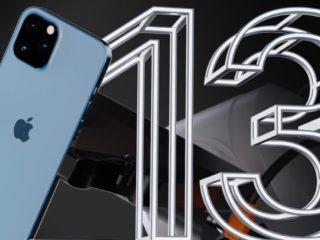 The Triscaidecaphobia is the irrational fear of the number 13. It is normally considered a superstition, and during the history of Humanity it has had different moments in which it has been the protagonist. For example:

– It is believed that Loki, in the Norse pantheon, was the 13th god. This was later “Christianized” by saying that Satan was the 13th angel.

– Another relationship it has with Friday the 13th is the capture and death of the Templars, being burned at the stake on Friday, October 13, 1307.

In general, 13 can be considered a “bad” number simply because it is one more than 12, which is a popular number used in many cultures. In fact, even in the present day, some buildings omit the 13th floor, jumping from the 12th to the 14th floor to avoid the anguish of triscaidecaphobics, or using 12A and 12B instead. This also sometimes applies to house or room numbers (such as in hospitals).

This is also valid for the rows of seats on airplanes: The planes of the Spanish airline Iberia, those of the Italian Alitalia, that of the United Arab Emirates, Emirates and the Panamanian Copa Airlines they do not have this number in their numbering: the row after 12 is 14. In fact, some cities “skip” 13th avenue. And some users would be willing not to buy a mobile that had the ’13’ in its name, such as the iPhone 13.

When weighing branding options for the launch of this year’s new iPhone, Apple could take into account the superstition of yesteryear and avoid the unfortunate number 13. A new survey by exchange site SellCell revealed that almost 1 in 5 respondents (18.3%) would refuse to buy a new Apple phone if it had the name “iPhone 13”, simply because they consider 13 to be an unlucky number.

And even if they are not triskaidecaphobic, an amazing 74% think Apple should choose another name. Examining the results in depth, the male sector of the tech buying public appears to be more than twice as superstitious as the female:

The 13 is also a good element that Apple marketers could take advantage of. But if those of Cupertino do not want to continue and decide to heed these types of surveys, what could be done? Well, there are three main alternatives:

– The one that has received the most attention in this cycle of rumors is “iPhone 12s “, which some sources have already predicted will be the chosen nickname. Toggling between full version and S-branded updates is an established Apple tradition, dating back to the iPhone 3GS and extending to the recent iPhone XS, but it carries the risk of hinting to potential customers that the new device is not. a significant improvement over the previous year. Only 13% of those surveyed said that the iPhone 12s was their favorite name.

– An alternative solution, and the one that was most popular in the survey with a 38% approval, is to call the new model “iPhone (2021)”. This could cause sales to decline after the turn of the year, as it will immediately sound out of date; But Apple has circumvented this with its Macs and iPads by simply downplaying the brand’s part of the year. Indeed, the new device could be branded “iPhone”, and the year would only be used sporadically to differentiate it.

– Finally, Apple could ignore the rules of strict math and jump to a higher number. “iPhone 14” -that he 7% of respondents supported– It is a somewhat realistic option, with the precedent of a double jump established by the iPhone X, which is pronounced “iPhone Ten” and lit bequeathed a year after the iPhone 8. “iPhone 21”, That resulted inexplicably popular with 16% of the vote of the survey and that he enrolls very well in the numbering school “technically correct“It is much less so.

Apple will have to take into account many factors when choosing the name of its next phone, and now we are frankly curious to know what name it will give to its next smartphone, the one it will introduce this September.