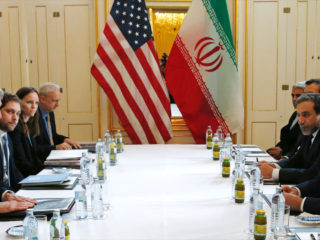 Next week the United States and Iran will be closer to reactivating the nuclear agreement that both countries signed along with other states in 2015. Donald Trump withdrew the United States from the pact in 2018, stoking tensions between Washington and Tehran. With Joe Biden as a tenant in the White House, the situation is very close to changing, since one of his objectives is to rejoin this agreement. To do this, through European, Russian and Chinese leaders, it will initiate indirect talks with Tehran. These negotiations will take place in Vienna, and direct meetings between Washington and Tehran are not expected at the moment, although “the United States remains open to that possibility,” said Ned Price, spokesman for US diplomacy.

Josep Borrell, head of the diplomacy of the European Union, will be a key figure in these negotiations. “The goal is for the United States to return to the agreement in the next two months, before the presidential elections in Iran,” said Borrell. The European Union is celebrating this step, which may mean an improvement in relations between the United States and Iran. Moscow has also promised to promote these negotiations. “The feeling is that we are on the right track, but the road ahead will not be easy and will require intense efforts,” said Mikhail Ulyanov, Russian representative.

On Friday, during a virtual meeting between the members of the pact, the rapprochement with the United States was announced. However, it is expected to be a long process of negotiations, although from Washington this beginning seems like a “healthy step forward,” Price said. On the other hand, from Iran, limits have already been established. “There will be no meeting between Iran and the United States,” reported Mohammad Javad Zarif, Iranian Foreign Minister. For Tehran, it is imperative that Washington lift the sanctions it has imposed on it. “The end of the US sanctions is the first step to revive the JCPOA (acronym for the nuclear agreement),” announced Abbas Araqchí, Iranian deputy foreign minister and nuclear negotiator.

In contrast, some Republican politicians have not taken this attempt at rapprochement by the United States very well. Two months later, the Biden administration is so desperate to get back to a broken deal that it is relinquishing all its influence and offering humiliating concessions, ”Sen. Tom Cotton tweeted. Richard Goldberg, former director of the National Security Council for the fight against weapons of mass destruction under the Trump administration, has also criticized this possible approach. “Let’s not forget that the Obama-Biden strategy with Iran was a disaster, send them money while they planned terrorist attacks against us. Does Biden want to go back to that? Terrifying ”, he affirmed. But Cotton and Goldberg are not the only critics of this decision. 43 senators, including 14 Democrats, have signed a letter calling on Joe Biden to prevent Iran from obtaining a nuclear weapon and to restrict “Tehran’s destabilizing activity in the Middle East and its ballistic missile program.” The pro-Israel lobby AIPAC has supported this statement. Israeli President Benjamin Netanyahu was one of the politicians who showed his full support for Donald Trump when he decided to abandon the agreement. “The Iran deal is a recipe for disaster,” Netanyahu warned.