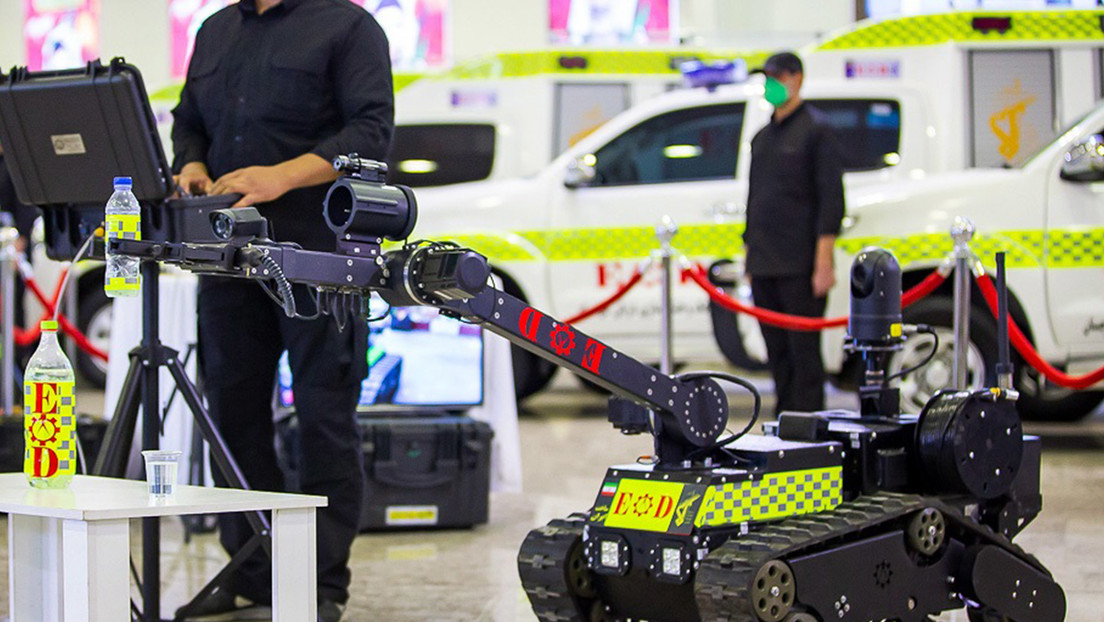 Iran’s Islamic Revolutionary Guard Corps (IRGC) unveiled an anti-explosive robot as part of a display of its technological achievements in the field of bomb detection and neutralization, the agency reports. More news.

The robot Ra’ad-1 was part of the opening ceremony on Monday, which was attended by the commander-in-chief of the IRGC, Hossein Salami. It is a device capable of dismantling and detecting first and second generation explosives and analyzing minefields.

A robot diver named Younes, developed to monitor the subsoil of ships and oil rigs, was also presented at the event. All these new technologies aimed at countering bomb threats will be distributed among the different IRGC bases once the exhibition is over, Mehr stressed.

Today, the equipment of the checkpoint and bomb disposal of the Revolutionary Guards was unveiled. Unveiled. pic.twitter.com/F6By7sUHSl

In recent years, Iran has promoted the development of national military equipment in the shadow of international sanctions and pressure, mainly from the United States.

In a ceremony today, which the Commander-in-Chief of #Iran‘s IRGC participated, the IRGC’s Deputy for Engineering and Passive Defense unveiled its latest technology in the detection and neutralization of bombs and explosives. 1/2 pic.twitter.com/JdhRvxIHku

Earlier in the month, the Islamic Republic praised its country’s sailors upon the return of the 75th Naval Fleet after its first navigation in the Atlantic. The commander of the Navy, Rear Admiral Shahram Irani, claimed that the mission had demonstrated Iran’s self-confidence and authority on the world stage and referred to progress in the military field. “Although sanctions and total pressure were imposed on the country and the defense industry, we were able to neutralize the sanctions by relying on our internal strength,” he said.