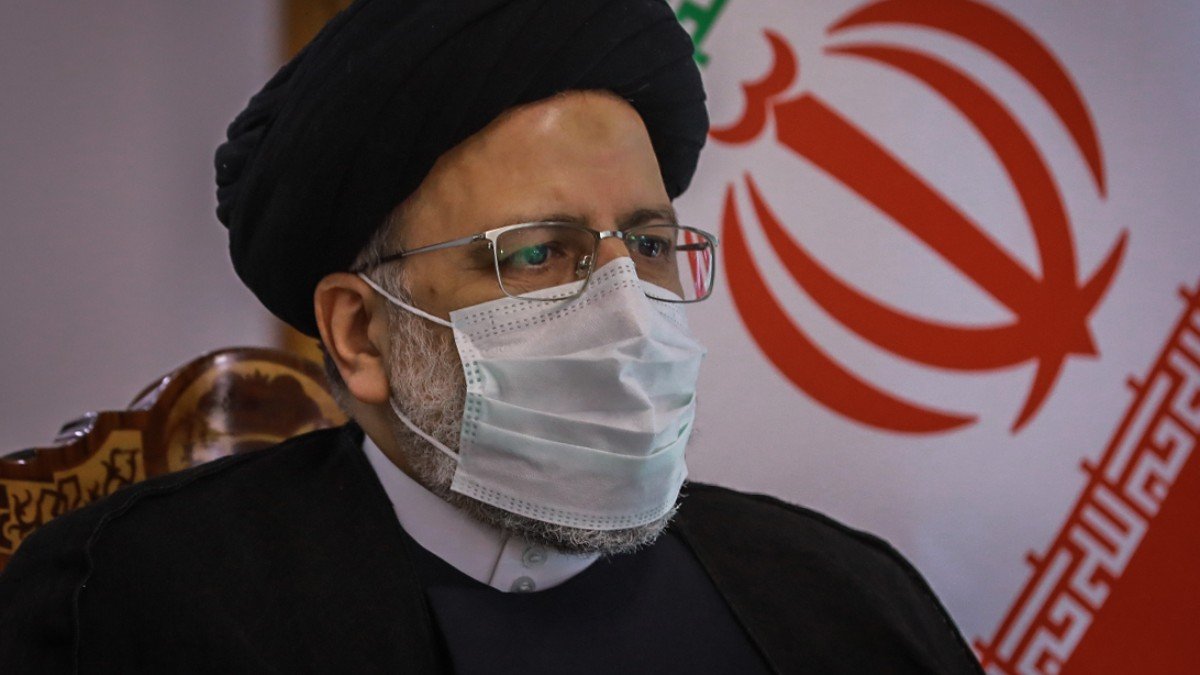 The president-elect of Iran, Ibrahim Raisi, He responded negatively to a question on Monday about whether he would be willing to meet with the president of the United States, Joe Biden, and has defended that Tehran’s foreign policy “will not be limited to the 2015 nuclear agreement.”

“No,” Raisi has bluntly sentenced when asked about the possibility of a meeting with his American counterpart during his first press conference with the Iranian and foreign press after his landslide victory in the presidential elections last Friday.

Raisi stressed that “the foreign policy of our Administration will not start from the nuclear agreement nor will it be limited by it.” «The economic situation and the lives of the people will not be linked to these negotiations, but conversations will not be allowed just to have them, “he stressed.

In any case, it has called on the United States to comply with the nuclear deal. “I strongly urge the United States to return to the PIAC (Comprehensive Plan of Joint Action, the nuclear agreement) and fulfill its commitments. The Iranian people expect you to fulfill your obligations, “he stressed.. Raisi also stressed that the “maximum pressure” campaign launched against Iran has failed to bring the country “to its knees.”

Raisi, an ultra-conservative who until now was head of the Iranian judicial apparatus, has highlighted his victory in the presidential elections on June 18 shows “a message of national unity and coherence.” «The message of the Iranian nation was the need for a change in the economic situation », there is argued.

Likewise, he has highlighted the participation in the elections – the lowest in presidential elections since the establishment of the Islamic Republic in 1979 – and has said that people went to the polls “Despite the coronavirus situation and the hostility and psychological warfare of Iran’s enemies”.

On the other hand, he has promised to achieve the confidence of the population in the Government and has pointed out that “anyone whose heart beats for the people and the revolution will be a partner, wherever they are in the country.”

The outgoing Iranian president, Hasan Rohani, stressed this Monday that the withdrawal of sanctions against the country will take place “early” and he has once again denounced the “economic war” on the part of the United States.

In addition, the spokesman for the Iranian Foreign Ministry, Said Jatibzadé, He has argued that “Iran’s policy has never been to postpone the withdrawal of sanctions” and has stated that “it is not unlikely that the next round of talks will be the last.”

«Diplomats are optimistic, but it is always too early to judge and we have to see if political decisions are made by all parties, “said Jatibzadé, who stressed that the principle of agreement” is clear. “

In this sense, he has argued that Tehran wants “guarantees” from the US Administration on the points of the agreement. «The United States showed during the era of (former President Donald) Trump that it can arrogantly ignore the interests of other countries“, has explained.

Finally, it has stated that “It would be better for Europeans to return to their commitments”. “We will not allow the negotiations to be undermined. The details are as important as the general things. You can not reach an agreement if there is no agreement on everything, “he has settled.

Iran has announced to date the withdrawal of its commitments on several of the points of the agreement, which has caused fear in the rest of the signatories of a possible collapse of the pact. However, the Iranian authorities have consistently argued that these steps can be reversed if the United States withdraws the sanctions and returns to the agreement.