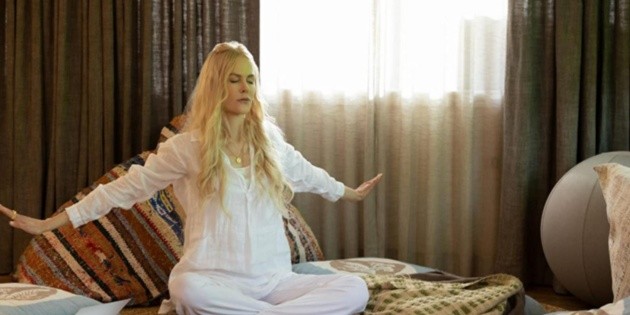 Is Nine Perfect Strangers based on real events?

Nine Perfect Strangers is a series of streaming platform Amazon that tells the story of Masha Dmitrichenko, personified by Nicole Kidman, a spiritual wellness guru who welcomes a group of people with the clear objective of improving the quality of life of these strangers who visit her resort. The show is based on the author’s book Liane Moriarty, which took inspiration from many sources for its story. She had a vague idea in her head: she wanted to talk about the “transformation”.


“It was after writing Big Little Lies and doing the tour to present it. People were asking me what my next book was going to be about and I had a joke prepared: I was telling them that I was going to develop my next book in a resort on a tropical island and I would have to do a lot of research to get it right. But then I started thinking, ‘well why not? That would be a great setting for a book.’ ” Said the author.

What is Nine Perfect Strangers based on?

Moriarty finds it fascinating that a change in diet, coupled with an exercise routine, can suddenly turn a person into someone else. Masha, the disturbing and haunting character of Kidman, hides things from his past in that idyllic reality that he presents to the visitors of the resort. Moriarty clarified on more than one occasion that his inspiration had little to do with a sect, as many believed.

Masha She is a charismatic leader and the author acknowledged paying attention to those kinds of characters to shape her protagonist, but ultimately, there was not a single case that she relied on to shape this compelling psychological thriller. The resort? in fiction it is set in northern California, but it was actually recorded in Byron Bay, Australia.

Another interesting fact! Originally Masha It was going to be a man named Gregory, but the name of the protagonist was in Moriarty’s head, who finally decided that Kidman would personify what would be the wellness guru who hides so many secrets in his spectacular resort: Tranquillium.