Isar 2 nuclear power plant shut down for a short time 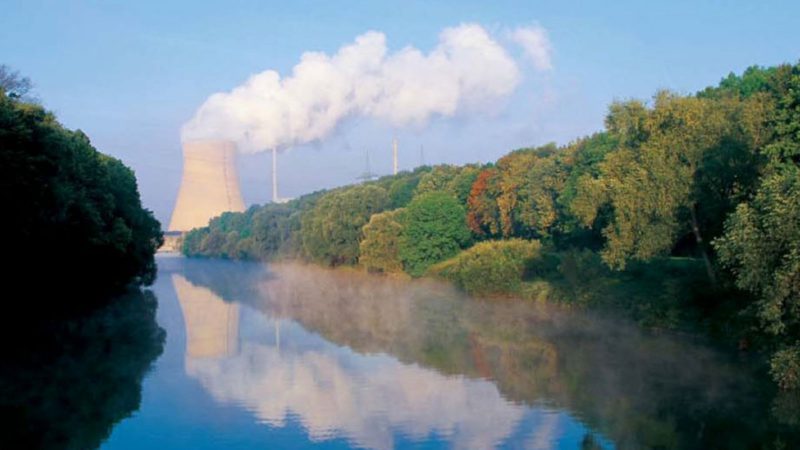 The Isar 2 nuclear power plant between Landshut and Dingolfing was shut down at short notice on Sunday due to a fault. The reason for this is a leak in a control valve in the feed water system of the secondary water-steam cycle, explains operator PreussenElektra.

The escaping water vapor does not contain any radioactivity. For industrial safety and technical reasons, the leak can be carried out when the system is depressurized, announced PreussenElektra. How long Isar 2 will remain off can only be estimated once the location of the leak has been inspected and the repairs have been determined. That will happen in the course of today’s Monday.

The leak was discovered during a routine tour of the facility, reports the Bavarian Broadcasting Corporation. The water is currently being drained in the affected area and the system is being made cold. The power supply is guaranteed despite the disruption, and appropriate provisions are made for such cases. There is no danger to the population.

In commercial operation since 1988

The pressurized water reactor of the Konvoi Isar 2 construction line with 193 fuel elements is one of three reactors that are still in operation in Germany; according to the Atomic Energy Act amended in 2011, it will have to be taken off the grid together with the Neckarwestheim 2 and Emsland nuclear power plants by the end of this year at the latest. The boiling water reactor block 1 was shut down together with seven other reactors in 2011; it has been dismantled since April 2017.

Isar 1 was connected to the grid in 1979, Isar 2 with its 3950 MW thermal and 1485 MW electrical output followed on April 9, 1988, and since then, according to PreussenElektra, it has been world champion in annual power generation ten times. The last overhaul in Isar 2 for the last 14-month production cycle took place from the end of September to October 14 of last year. The reactor was equipped with 48 new fuel elements.