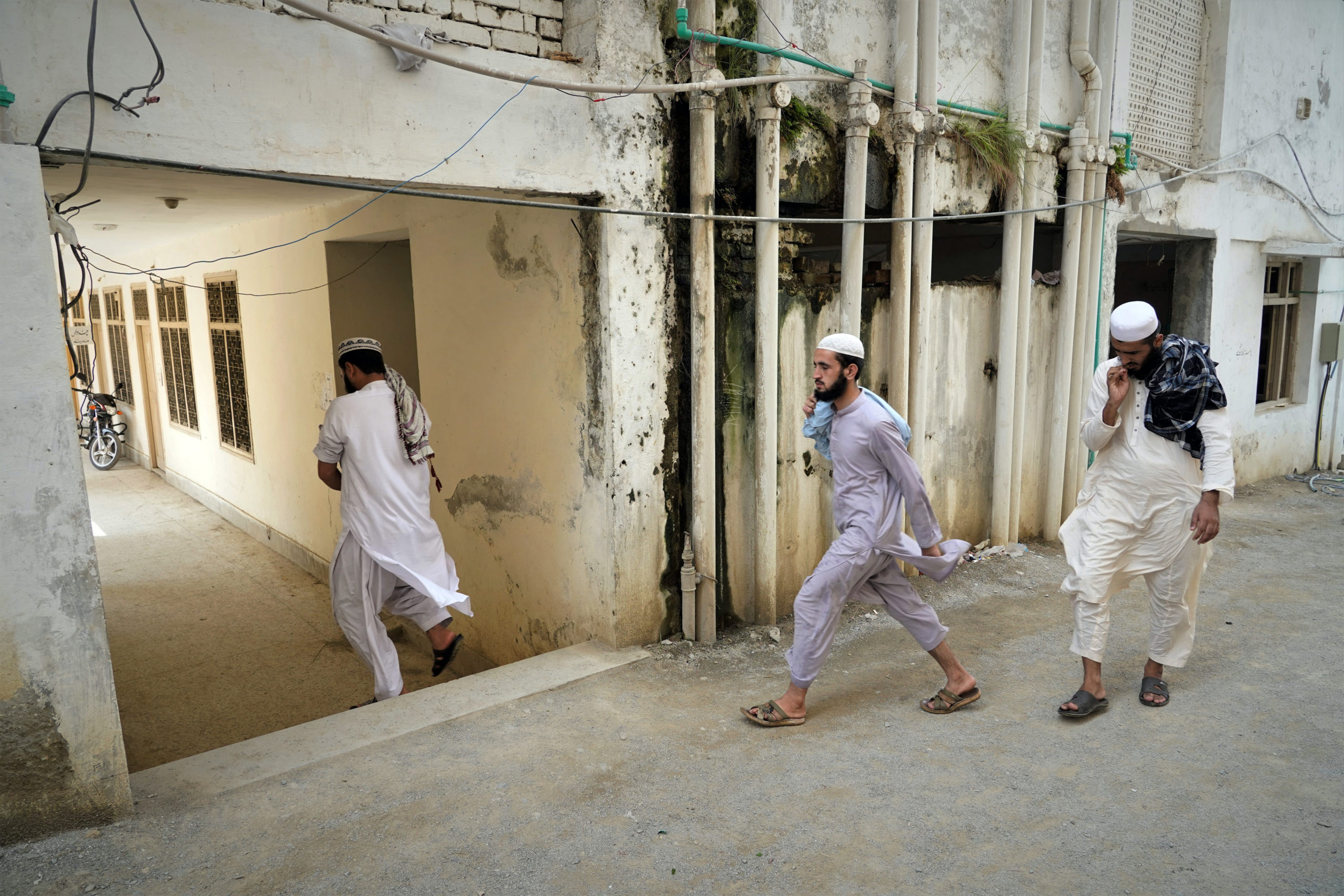 Islamabad, Kabul and Washington: a puzzle that doesn’t fit

The skirmishes, attacks and deaths do not cease in the daily life of the border region that separates the north of Pakistan from Afghanistan. Meanwhile, life continues peaceful in Islamabad, the capital, despite the fact that the river of relations with the White House runs increasingly dark and choppy. “Washington is very weakened after the collapse of the puppet army, the puppet government and the triumphal entry of the Taliban guerrillas into Kabul. Pakistan has been greatly strengthened due to its close ties with the Taliban, ”says Pakistani writer and intellectual Tariq Ali bluntly from London. The term “puppet government” is the same expression that Pakistani Prime Minister Imran Khan used on Wednesday in an interview with CNN in which he defended the Taliban.

Oblivious to inter-state disputes, several street vendors display sunglasses of dubious authenticity in downtown Islamabad. “American, American. Originals, originals ”, is the guarantee and the claim that they proclaim to try to attract potential buyers. They take them out of the cover and caress them with the suede without convincing the clientele. The scene, in the vicinity of the Kabul restaurant, takes place not only as the Afghan crisis tightens the rope of relations between Pakistan and the United States.

Also other regional powers move token to gain positions on the new board. With the funds from the new Emirate blocked and the international community pressuring the Taliban to respect the rights of the population, neighbors and allies such as Pakistan or China have already approved the first aid shipments to try to overcome the human crisis.

The administration chaired by Joe Biden remains in a weak position after the 20 years of war in which it has led the international coalition in Afghanistan, according to the experts consulted. “The leadership of Washington has receded while that of Islamabad has advanced” with “a friendly government in Kabul,” says Michael Kugelman, deputy director of the Asia program at the Wilson Center think tank in Washington. He is convinced that the current situation will make it difficult for the Democratic president to solve several problems such as the evacuation of the Americans who are still in Afghanistan, delivering humanitarian aid and maintaining a certain anti-terrorist capacity against Al Qaeda and ISIS. Islamic State). To achieve these objectives, “cooperation with the Taliban” is necessary, says the analyst, despite the fact that both the United States and the Sunni Afghan guerrillas have a common enemy in ISIS. Attacking members of these terrorist groups from their military bases in other countries is going to be “even tougher now” but “the United States has no other option unless it collaborates with the Taliban in the fight against terrorism. And I don’t think that happens, at least in a profound way ”.

“To expect them to be like any other developed country would be very naive and stupid.”

Because they control the entire Afghan territory, something they did not achieve in their previous mandate between 1996 and 2001, “the Taliban today are stronger,” says Hamayoun Khan, project coordinator in Pakistan for the Friedrich Ebert Foundation. “Afghanistan is a country that has been mired in struggle for four decades. Most of those who rule have not enjoyed civilization, they have been in the mountains. Expecting them to be like any other developed country would be very naive and stupid ”.

For Tariq Ali, the war has also ended up being won by “people who have been the target of regular US and NATO bombings, drone attacks, torture and assassinations.” And he adds that “it was popular anger against the occupation that laid the foundations for the resurgence of the Taliban. Without that, his victory is inexplicable ”.

The Pakistani press aired on the cover Thursday the interview with Imran Khan in which he made clear Biden’s estrangement. He did it just the day after the Pakistani president’s conversation with Russian President Vladimir Putin.

The change of regime and the arrival of the Emirate, whose leaders already had close ties with Qatar and Turkey that have been reinforced, also multiplies the unknowns about the regional rebalancing. “India’s position has weakened,” says Tariq Ali, referring to the region’s other nuclear power and Islamabad’s perennial enemy. “China is the country that emerges as a key player in the region, flanked by Russia and Iran. The combination of its economic muscle and its geopolitical strategy is unrivaled ”. The writer highlights the rapprochement of Tehran, the great Shiite power, to the Taliban and the possibility that its Constitution will inspire a new Afghan Magna Carta.

Michael Kugelman draws a consensus picture with the main players closing ranks around the Taliban in an attempt to enjoy “more stability and less terrorism.” The only exception, he also understands, is India, which “has long been concerned about the Taliban because of its close ties with Pakistan.” The deputy director of the Asia program at the Wilson Center think tank points out that India “was the last regional actor to open channels” with the Taliban, making it less influential compared to the role of “its Pakistani and Chinese rivals.” That is why he calculates that “New Delhi runs the risk of being excluded from Afghanistan.”

“What the war on terror has achieved is to increase terrorism as we have seen in London, Paris or Madrid”

Following the tradition of the Afghan administration, the Taliban, while not making it a pillar of their demands, have never recognized the Durand Line, which divided Pashtuns and Baluchis. This demarcation, erected by the British in 1893, covers the current separation between Afghanistan and Pakistan for more than 2,600 kilometers. The instability around that border maintains its daily rhythm. In the last hours, according to the Pakistani newspaper The News, seven soldiers and five “terrorists” have died in clashes in the Waziristan region, in the northwest of the country.

“For the first time in almost 20 years, Pakistan will have a friendly government in Kabul and will have the opportunity to help shape policy and develop its government through its close ties with the Taliban,” according to Michael Kugelman. Hamayoun Khan does not see it so clearly. “That the Taliban are going to do what Pakistan tells them, they are not,” he adds, sitting in his office in his Islamabad office. “This idea that Pakistan has a command with which it runs Afghanistan is very negative” despite the fact that “it is true that Pakistan has influence,” says the Friedrich Ebert Foundation analyst. He gives some examples of this historical permeability, such as the fact that his country welcomes wounded Taliban to give them medical treatment or is a refuge for their families as well as a territory where several million Afghan refugees live. Even so, he believes that the ability to influence is less now that he has a government that controls the entire country for the first time. In spite of everything, the head of the Pakistani secret services planted himself in Kabul when the executive had not been appointed and was seen in front of the journalists.

What the war on terror has achieved is to increase terrorism as we have seen in London, Paris or Madrid. The United States has either destroyed or marketed the old Arab world, ”says Tariq Ali. “The only effective strategy against terrorism is to end the conditions that created it. There should be no more Western troops in the world of Islam and pressure from the US and the EU should increase for Israel to end its occupation. “