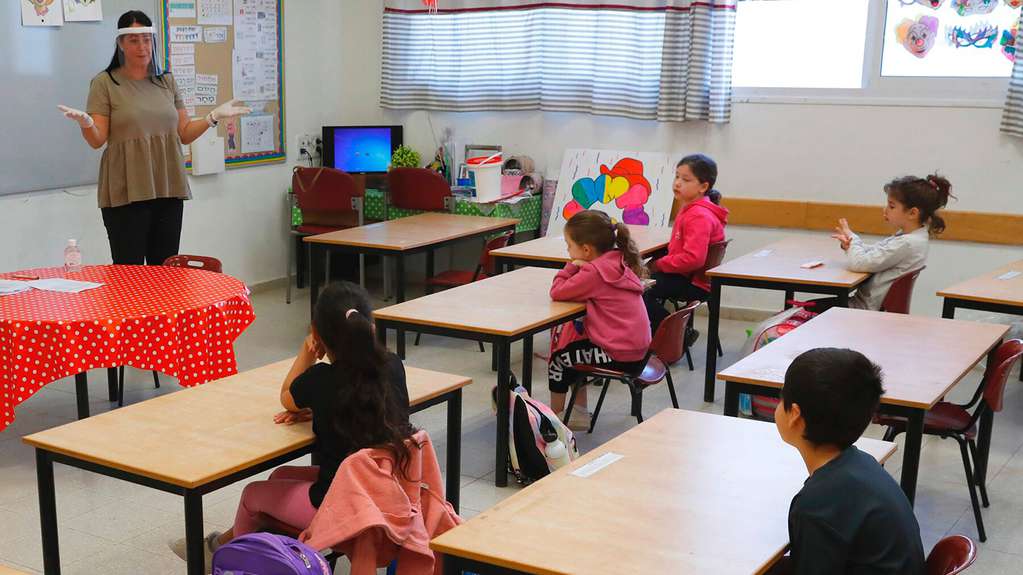 The Israeli Ministry of Health on Monday asked children and adolescents between 12 and 15 years to get vaccinated against the coronavirus after detecting several outbreaks of the disease in schools. This situation forced the authorities to reinstate the mandatory use of masks in some areas of the country.

“Given the expected increase in foreign travel, and the lifting of mask measures” and to “take all possible measures to maintain normal daily life as we have achieved in Israel, it is highly recommended to be vaccinated to be protected from the variants that we know of, ”the Ministry said in a statement.

The news came five days after the authorities removed the mandatory use of masks in closed places such as bars, restaurants, shopping malls and schools.

// Carla Vizzotti: no dose of no vaccine expires

In the note, the health portfolio assured that children can be inoculated against COVID-19 “without any special side effect”, and stressed that the increase in the incidence of infections is not due solely to the variant Delta, originally from India and which is considered more lethal and dangerous.

To vaccinate the student population, the authorities announced that they will use a batch of vaccines offered to Palestine and that the Palestinian National Authority (PNA) government rejected because it denounced that the doses were about to expire.

The measures being studied by the government

The reappearance of cases took the government by surprise. Therefore, according to The Times of Israel, the Minister of Health, Nitzan Horowitz, and the new Prime Minister, Naftali Bennett, are analyzing the possibility of reinstating the obligation to wear masks indoors.

From this Sunday it was again mandatory to wear the mask indoors and outdoors in the schools in Modiin-Maccabim-Reut and Binyamina. From Saturday, chinstraps are compulsory in closed places in the city of Modiin.

Israel was one of the first countries in the world to withdraw almost all of the preventive measures adopted to deal with the pandemic. It currently has one of the lowest incidence rates after immunizing the majority of the population. The country has already immunized nearly 5.5 million Israelis with at least one dose of the vaccine, which represents 63% of the population.

In the last 24 hours, the Ministry of Health reported 88 new cases of coronavirus. Although it is a low figure, it represents almost double the infections registered on Sunday.