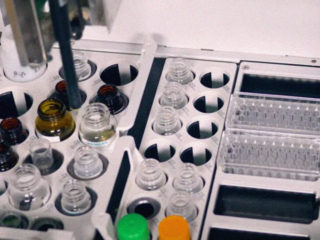 Israel could become the first country in the world to test an oral vaccine against COVID-19, as announced by the executive director of the pharmaceutical company Oramed Pharmaceuticals, Nadav Kidron in a interview con The Jerusalem Post.

According to Kidron, Oramed’s subsidiary, Oravax Medical, plans to start clinical trials of its vaccine shortly at a medical center in Tel Aviv, pending approval from the Health Ministry, expected in a few weeks.

The inaugural phase I / II trial will last about six weeks from the moment of recruitment and will involve 24 volunteers who have not yet been inoculated with another vaccine. Half the group will take one capsule and the other half will take two, Kidron explained, adding that there is no placebo group because the goal is to measure the level of antibodies and other indicators of immunity.

“A revolution for the world”?

The new candidate vaccine targets three structural proteins of the coronavirus, unlike antidotes such as Moderna and Pfizer, which act only against the spike protein. As such, the vaccine “should be much more resistant to variations of covid-19, “Kidron says.” Even if the virus goes through one line, there is a second line, and if it goes through the second line, there is a third, “he explains.

A pilot study in animals concluded that the vaccine promoted the development of immunoglobulin G (IgG) and immunoglobulin A (IgA) antibodies, necessary for longer-term immunity.

If it is shown that it works for people, “it would be a revolution for the whole world,” predicts the chief executive of the pharmaceutical company. As he explains, an oral vaccine “would remove several barriers to rapid and large-scale distribution, which could allow people to take the vaccine at home“The ease of administration would also make this drug even more valuable if a yearly COVID-19 vaccine is recommended.

On the other hand, oral medications tend to have fewer side effects and would not require professional administration, coupled with the possibility of shipping the vaccine at refrigerator temperature and even store it at room temperature, which “logistically facilitates” its supply to any part of the world, advanced the scientist.

If the trial is successful, the company plans to quickly seek approval for emergency use in countries that need it most, such as those in South America, which have not been able to acquire enough vaccines to inoculate their populations, Kidron said.