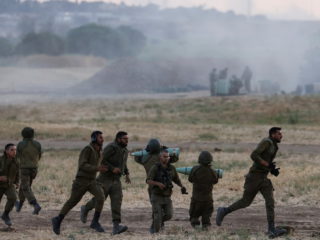 The Chief of Staff of the Israel Defense Forces (IDF), General Aviv Kochavi, declared on Monday that the operation in the Gaza Strip “will continue as long as necessary.”

“Hamas was wrong when it fired eight days ago in the direction of Jerusalem, it did not believe this would happen. Hamas was shocked by the power, the methods and the achievements, and now it is suffering a very severe blow. The operation will continue as long as necessary“, he pointed Kochavi, cited by the IDF.

Previously, Israeli Prime Minister Benjamin Netanyahu assured that his country’s campaign “against terrorist organizations continues with all its force.” “We are acting now, for as long as necessary, to restore calm and tranquility to you, the citizens of Israel. This will take time“, said the high position according to pick up Reuters.

The escalation of tensions between Israel and Palestine has reached its peak in recent days after weeks of mounting hostility. The outrage of the Palestinians at the security barriers placed in East Jerusalem during Ramadan and the eviction of an Arab neighborhood were part of the triggers of the wave of violence.

On Monday, the Hamas movement began firing rockets into Israel from the Gaza Strip, at which point hostilities escalated rapidly, leading to the most intense Palestinian-Israeli fighting since the 50-day war in mid-2014.

The Israeli attacks on Gaza have left at least 212 Palestinians dead, including 61 children and 36 women, and nearly 6,000 injured. Among the Israelis, at least 10 people have died, including two children, and hundreds were injured.