Home
News
“It will be disastrous”: Environmentalists warn of creating a well for raw sewage from a dam in Florida

“It will be disastrous”: Environmentalists warn of creating a well for raw sewage from a dam in Florida 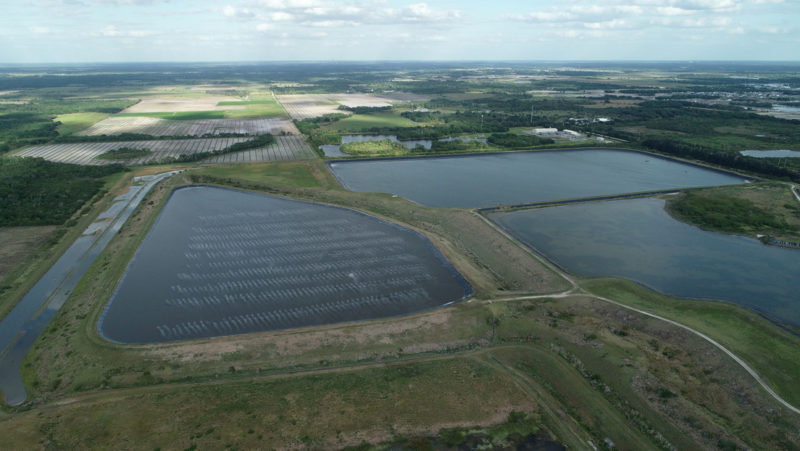 Several environmental entities have warned of the danger of creating an injection well for the raw sewage that is stored in Piney Point, a former phosphate mining facility located in Manatee County (Florida, USA), reported this Tuesday local media.

Earlier this year, a problem at these facilities caused more than 757 million liters to be dumped into local waters, with the risk that a impending collapse of the dam. The liquid in question contains high levels of nutrients and other potentially toxic materials for the environment.

Although the authorities managed to stop the leakage by means of a coating that separates the water from the gypsum piles, Piney Point is in a “very fragile state,” said Scott Hop, manager of Manatee County, after detailing that it is only one ” temporary solution”.

What are they afraid of?

Last month, the Florida Department of Environmental Protection announced that it intends to issue a permit to build, almost 600 meters below the surface, a non-hazardous injection well to hold about 953 million liters of water. residuals, which are currently in a deposit of said facilities.

But this plan has set off alarms among environmentalists, who believe it is dangerous because a underground pipeline failure that is not detected in time, which, they point out, would cause untreated sewage to seep up to the upper level of the Florida aquifer, where drinking water is.

“Frankly, I think it will be disastrous,” said Glenn Compton, president of ManaSota-88. “The reason the water has been injected rather than brought to the surface is because it is too dirty for it,” he added.

For his part, Justin Bloom, founder of the non-profit organization Suncoast Waterkeeper, demands that the authorities be transparent and reveal the actual contamination data of the place so that a complete cleanup plan can be followed.

Suncoast Waterkeeper and other environmental groups say that the latest Piney Point water quality sampling, conducted in 2019, contains “dangerous levels of contaminants, including heavy metals and radioactive waste“as well as metals such as arsenic, nickel, copper and zinc.

Nikki Fried, Florida Agriculture Commissioner, and several experts have suggested reverse osmosis be used to treat the water in question. The problem, said Matthew Pasek, a professor of geochemistry and phosphorus researcher at the University of South Florida, is that it is an expensive and slow process, and time is not in its favor because there is less than a year to go. of the upcoming hurricane season.