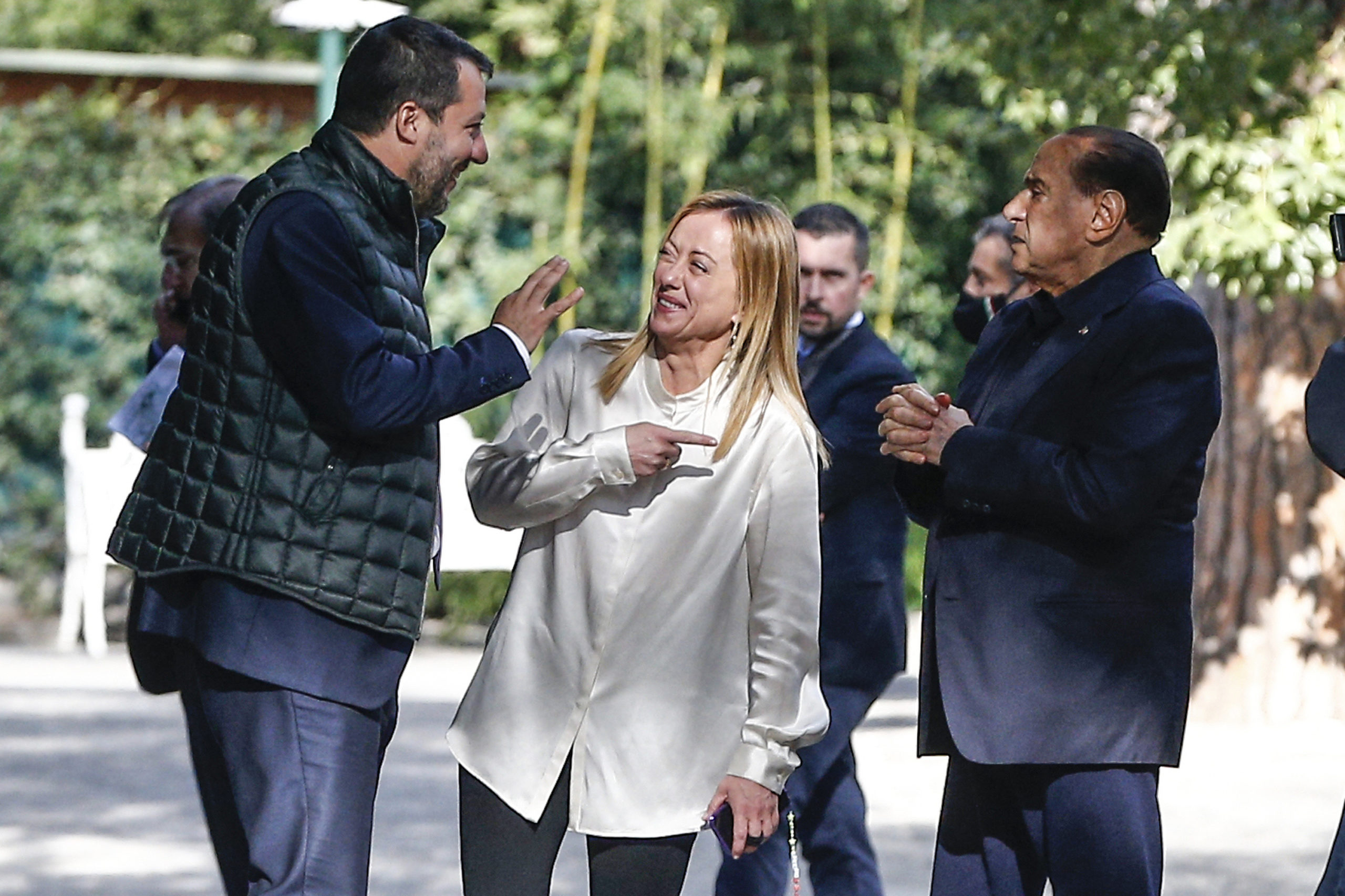 And suddenly, Silvio Berlusconi. Again. It has happened dozens of times already. They gave him up for dead – politically and sometimes also biologically – but he was coming back. His personal physician, Alberto Zangrillo, assures that he is immortal. But there is something else that is still keeping him alive: he has no substitute. Neither he, nor the political space he represents in Italy. A moderate and pro-European right wing that in times of populist fanfare once again has a leading role. On Tuesday, after the catastrophic result of the right-wing coalition in the municipal elections – it lost in the five main Italian cities – and after eight months without having set foot in Rome, The Knight He returned to the city from where he ruled the country with four different executives (in various stages between 1994 and 2011) to bring order to his party (Forza Italia). At 85, he is the closest thing to someone capable of mediating the internal disputes between Matteo Salvini (La Liga) and Giorgia Meloni (Brothers of Italy) that the coalition has.

The second round of local elections in Italy has caused an earthquake within the right-wing coalition (Brothers of Italy, La Liga and Forza Italia). The candidates chosen by Meloni and Salvini for the main cities have been humiliated by their rivals: in Milan, Luca Bernardo did not even make it to the second round, and in Rome, Enrico Michetti was almost 20 points behind his rival. Forza Italia, however, achieves its particular victory with the results of Calabria and Trieste, the only big city where the right wing has managed to overcome the progressive candidate. Berlusconi sticks out his chest. And on Wednesday he met in his new Roman home –The Knight He left the historic Palazzo Grazioli in the city center and now lives in the Via Appia mansion that belonged to the stage director and filmmaker Franco Zeffirelli – with his partners. Meloni, who now leads national polls, asked him to do so, but one day she was his Minister of Youth and whom Berlusconi nicknamed the spinning top (peonza).

The owner of Mediaset, after years tainted by the stigma of corruption and judicial storms, has been morally rehabilitated by much of Italian politics. The populist gale experienced in recent years in Italy, the remoteness of the scandals in his time as prime minister and the need to find a central space in transalpine politics have now given him the unexpected praise of his rivals. The leader of the Democratic Party (PD), Enrico Letta, assured a week ago that The Knight it was the force of the center-right and that without it they would not win. Prime Minister Mario Draghi always treats him with deep respect and Giuseppe Conte, leader of the party that built his electoral empire on the ashes of the Berlusconi era, called him Cavaliere for the first time just a year ago.

Giuliano Urbani, co-founder of Forza Italia and former Minister of Cultural Property with Berlusconi, believes that the leader can help, but is not the solution for the future. “We are talking about an 85-year-old man, he has a horizon marked by Mother Nature. But it is true that he still has an authority that allows him to mark some political directions with his messages, especially for the voters of Forza Italia, who are many. But also on the inheritance of his leadership ”, he points out. Urbani believes that the time and age of the former prime minister mean that many of the scandals in which he was involved today are no longer considered decisive “to judge the man and what he proposes.” “In addition, there is a great lack of leaders and even his rivals miss the European Berlusconi and with a strong sense of love for the country and defense of national interests,” he points to the phone.

Berlusconi is convinced that he has the potential to be president of the Republic and to succeed Sergio Mattarella in office. Matteo Salvini, they say in La Liga, has allowed me to maintain that hope in recent months. Meloni, however, does not make concessions and already speaks openly of “sending” Mario Draghi to the Quirinal Palace (seat of the presidency) and calling elections as soon as possible. The different visions also have to do with the rush of the leader of the Brothers of Italy to go to the polls and capitalize on the advantage she now has over her partner. The latest survey carried out, issued by the Rai chain, places its leading party with a 20% vote estimate, followed by the PD (19%) and, at a considerable distance, La Liga de Salvini (17.9%) . Forza Italia continues to rise and has 7.6% of the votes.

The meeting at Berlusconi’s home on Wednesday, with a careful staging that underlined his return to the political arena, also served to set weekly meetings from now on between the three leaders that allow “agreeing shared parliamentary positions.” In addition, the Forza Italia statement assured that the three parties will move in a compact way to face the next political and electoral commitments. Something difficult to fulfill given that, from the outset, not even everyone is part of Mario Draghi’s Executive -Brothers of Italy decided not to enter- and the interests and obligations for each one will be different. Including that of the election of the next President of the Republic, the forbidden dream of the rehabilitated Berlusconi.