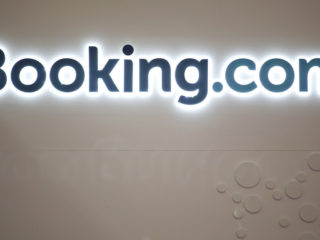 The Italian tax police are investigating Booking.com for the alleged evasion of more than $ 186 million in value added tax (VAT) related to vacation rentals booked through its platform, reported this Thursday Reuters, which cites sources familiar with the matter.

In a statement, the Genoa Police announced the discovery of “a massive tax evasion of more than 182 million dollars in non-payment of VAT between 2013 and 2019 by a multinational online travel agency based in the Netherlands “, without mentioning the name of the same.

According to the sources, after verifying almost 900,000 owners who work with the Dutch online giant, the Genoa Police concluded that they did not pay the VAT owed to Italy during those years. Specifically, it stopped paying in VAT 186 million dollars of the 852 that it charged to this type of private clients in commissions.

Colonel Ivan Bixio, head of the Genoa police group leading the investigation, assured the British agency that the type of evasion they had discovered “generates huge profits for the beneficiaries, damages public budgets and alters competition rules.”

The Amsterdam-based company acts as an intermediary between the owners and the guests. Private accommodation sites that are not professionally managed often do not have a VAT number, and the tax authorities believe that Booking.com should act as a withholding agent.

From the company they argue that those responsible for collecting and paying the VAT owed in Italy and other countries of the European Union are the hotel owners and other types of accommodation that use its platform.

The Italian tax office is expected to start a separate procedure at the end of which Booking.com will have to decide whether to agree to pay or challenge the allegations of wrongdoing. The company confirmed that it has received the audit report and has stated that they will cooperate with the Italian tax authorities.