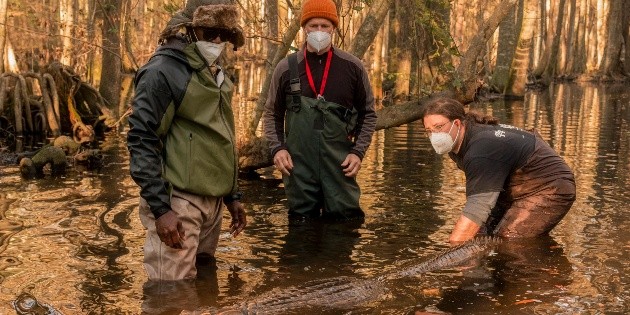 It’s not Virgin River anymore: the most watched Netflix series in the United States according to Nielsen

Week by week we have a new update of the Nielsen audience meter, which is based on users who use televisions and covers the streaming services Netflix, Amazon Prime Video, Hulu and Disney +. These numbers are reported almost a month late, as these top platforms in the United States do not regularly release their own verifiable data.

In the last report we had Virgin River as the series most chosen by viewers in the United States in the red N, according to the week of July 12 to 18, where they obtained a total of 2,109 million viewed minutes. However, it was recently confirmed that it was surpassed by another fiction that was among the most anticipated of the subscribers.


The latest study, which covers July 26 to August 1, ranked first at Outer Banks What the most watched Netflix original series, with 1,423 million minutes viewed. This teen drama premiered its second season on July 30 to overall positive reviews and a good reception from its fans, so it is expected that the platform will choose to renew it for one more installment.

In the same position as Outer Banks we also find All American, CW series that can be seen in streaming, where he got the same minutes of reproduction. Next in the Top 10 is Virgin River, staying among the most popular shows of this year, such as Cocomelon and Grey’s Anatomy, for its 17th season.

Manifest It is also part of the most watched, and the episodes were expected to be the last after the cancellation of NBC, but it was finally confirmed that Netflix decided to save it for a fourth and final season. The rest of the ranking of the 10 most chosen series is completed with Criminal Minds, The Walking Dead, Flash and NCIS.