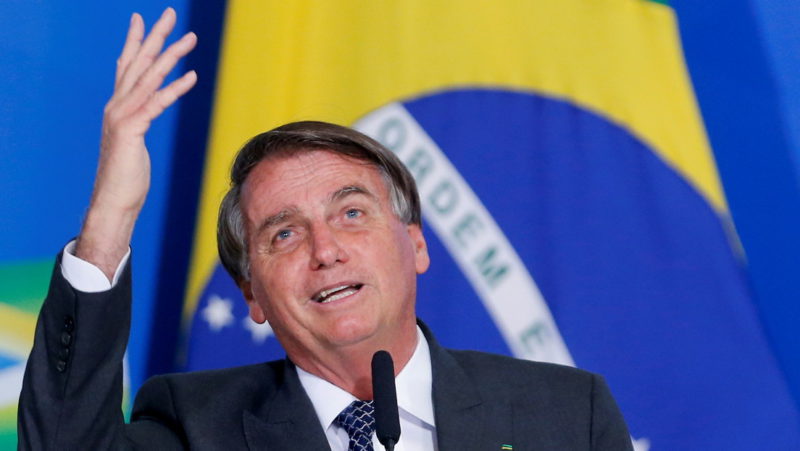 Brazilian President Jair Bolsonaro became this Tuesday, for vote of the readers, in the ‘Person of the year 2021’ of the American magazine Time.

Of the nine million votes counted in the survey, “for better or for worse,” according to the magazine, the president obtained 24% support, which represents more than two million votes, thus remaining ahead of former US President Donald Trump, who obtained 9%, and even over front-line health professionals in the fight against the coronavirus, who received 6.3% of support.

The magazine described the Brazilian president as a “controversial leader“and recalled his intentions to run for re-election in 2022, even amid growing rejection for his handling of the economy and criticism from politicians and experts in justice and health for” downplaying the severity of covid-19 “and his skepticism regarding vaccines.

The selection, however, is but a stage prior to the final choice by the magazine’s editors, which will be announced on December 13.

For his part, Bolsonaro celebrated the result and thanked those who voted for him. “I thank the 2,160,000 voters who voted for me. We hope that Time magazine will grant us the title, respecting the result of the elections. Our congratulations to Donald Trump for second place “, wrote the president on his Twitter account.

Time magazine has published a special edition since 1927 to nominate its “personality of the year.” The last elected were Joe Biden and the Vice President of the United States, Kamala Harris, in 2020. In 2019, the environmental activist Greta Thunberg was chosen.