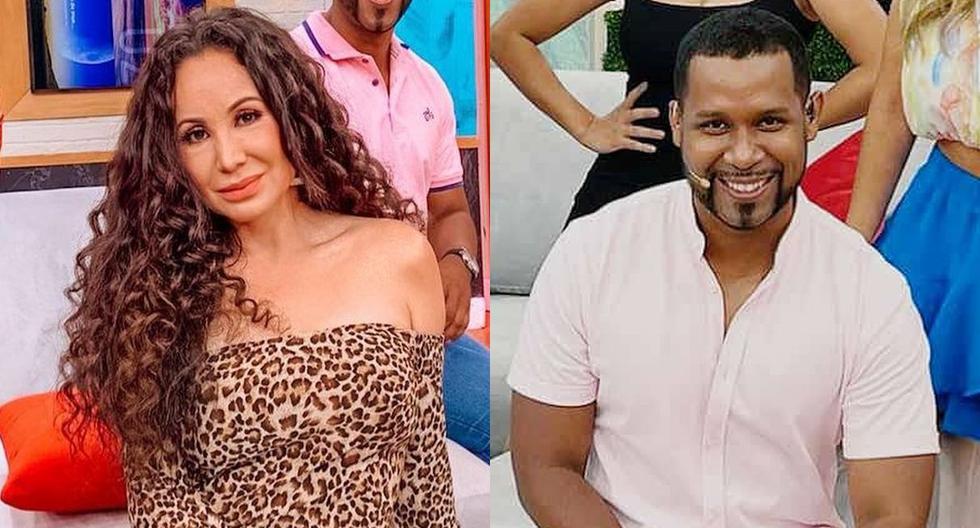 Janet Barboza trolls ‘Giselo’ and he responds: “How is he going to destroy me like this!” | VIDEO – MAG.

A fun moment was lived this Monday morning in “America Hoy” after Janet Barboza Trolled ‘Giselo’ because of how his face looks and did not imagine the tremendous response that his partner would give.

After the popular ‘Rulitos’ along with Melissa Paredes and Ethel Pozo started the program dancing to the catchy song “Pasito Tun Tun”, it was the daughter of Gisela Valcárcel who he noticed that there was something strange about Edson Dávila’s face.

“Good morning … No, excuse me ah … Something has been done to the face. I see it differently, who is it? Is it Edson Dávila? With a new face! “, said the presenter and Melissa Paredes added: “The botox.”

“But the big question my dear Edson Alexis is what have you done to your face?”, Barboza questioned, to which ‘Giselo said: “Nothing, just (I had) a haircut, and I came without makeup.”

“It is true that his forehead is bigger but something else has also been done”, Barboza indicated between laughs, and Dávila answered him: “How can you destroy me like this!”. The pleasant moment ended when Ethel said: “I don’t know what Edson Dávila has done, but you’re wonderful brother.”