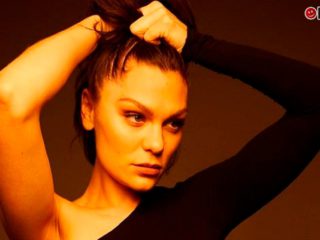 After a while without hearing any news from Jessie J, the singer returns with the release of ‘I Want Love’, first advance of his album. The British artist returns to the music industry with a new song, which undoubtedly when listening to it teleports us to that time of transition between the 80s and the 90s.

For the development of this single, the multi-platinum pop superstar contacted producer Ryan Tedder, a three-time Grammy Award winner. He has previously worked with other great international artists already established; such as Beyoncé, Adele or the American Taylor Swift. However, in this job, the 41-year-old famed producer will serve as producer and co-writer.

On the other hand, this year the singer celebrates the tenth anniversary of her first LP, called ‘Who You Are’, which was certified platinum in 2011. However, Jessie J continues to look forward and think of new ideas to surprise her fans with her music, which has led her to release ‘I Want Love’. With this advance, he is preparing the ground for the long-awaited arrival of his fifth album, which will arrive at the end of this year with the collaboration of Tedder.

The song is accompanied by a video lyric, where we can not only see the complete lyrics of the song, but also the main character of the single. Well, the video in question is accompanied by a small oneshot in which the singer is shown driving a convertible car while singing. The result obtained seems to be taken from a television series of the 80s or 90s.

It should be remembered that the British singer when she emerged into the world of pop in 2011, not only achieved platinum with her album ‘Who You Are’, but also achieved quadruple platinum. Therefore, it would not be so strange that this obtained such certifications with this new album, of which very high expectations are had.