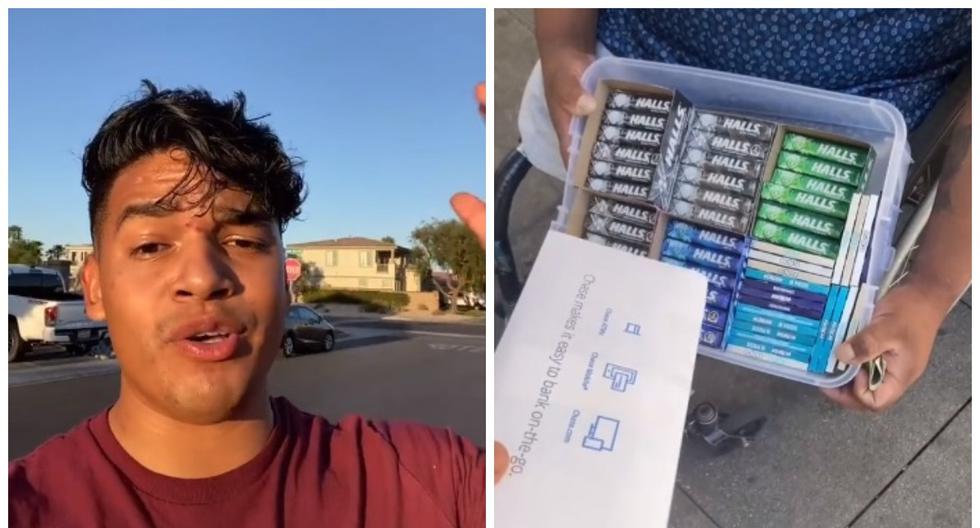 Jesús Morales, the young Latino who helps California street vendors during the pandemic

A young Latino in the United States uses the social network TikTok to help street vendors amid the coronavirus crisis. Jesús Morales, 24, is known as @Juixxe and has already surpassed the million-follower mark. He hopes to continue helping more California street vendors. You would do the same? Here his story.

In the beginning, Jesus published videos of jokes and humorous content, however, during the pandemic his life changed, He lost his job because of the coronavirus quarantines, but transformed his circumstances into an opportunity to help others and everything through TikTok.

“I was not working for nine months”, he told in an interview made by Univision34. Jesús explained that in the most difficult months he faced during confinement in California due to the pandemic, see what other influencers and TikTok gave him the inspiration to use your social network for “Do something else”.

“I started giving donations in September 2020 and I don’t really ask for money, my followers see my content and send me small contributions and these amounts are accumulated and I go out to deliver them to the street vendors in San Diego and in Los Angeles “Jesus told about the work he does.

In several of his videos, he is seen handing money to street vendors, after asking them “How much has been the biggest tip they have received”, while to others it offers to buy “All merchandise” they have, but in the end he gives them the money and leaves them with their products so they can continue working.

“Every time I see a street vendor I know they represent a life story”said the young American son of immigrants from San Luis Potosí, Mexico. Recognizing that although their parents are not informal workers, they faced the challenges of making their way in the US.

“What I want to do is help people, I want to change the world and in the future I would like to be an actor “, said. Now the young man is achieving his goals of helping many people and although he sees his dreams of being an actor a little distant, the popularity he is achieving has already made him a TikTok star.