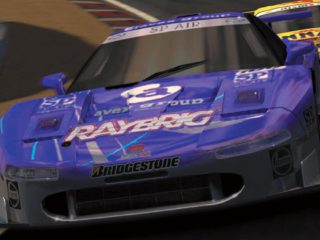 Back in 2017, the then head of global sales and now head of PlayStation, Jim Ryan, made a Comment regarding the PS1 and PS2 versions of Gran Turismo that he had seen at a recent conference, and that has haunted him ever since: “They seemed old“, He said, “Why would anyone play this?“.

Magazine Time echoed his words, since he was interviewing Ryan about his thoughts about bring old games to the PlayStation 4 library. In this context, Ryan was making the point about why Sony was not prioritizing backward compatibility. Now, a new interview with Axios, Ryan wants to set the record straight.

“It frustrates me a little that they keep bothering me with this“, He said. “What he was trying to say – obviously not very good – was how good the PS4 version looked and how much the series had evolved. He certainly wasn’t trying to be disrespectful to our heritage.“.

Ryan then pointed to Astro’s Playroom, with its many tributes to past PlayStation games, as an example that the company honors its classics. That said, it appears that both PlayStation and Ryan maintain the backward compatibility line with the oldest titles.

In the 2017 interview, Ryan suggested it was a highly requested feature that, however, “it wasn’t really used much.“And now, in 2021, it seems that things still do not conform to these words.

“What is important to recognize when considering this question about designing a new platform is that time, engineering resources, and money are finite, and there are significant trade-offs to be made in terms of what is included, and what is involved. not“He told Axios. That said, he added that the fact that you can play almost every PS4 game on PS5 is indeed due to “real wish“from fans for this feature.