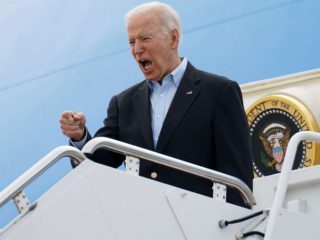 Joe Biden signed an executive order that repeals bans on Chinese apps TikTok, WeChat and AliPay established during the Donald Trump administration. Instead of the lockdowns that the previous administration sought, the president of the United States devised a new framework to investigate tools that may pose a risk to data privacy and / or national security.

Specifically, Biden’s guideline calls for the U.S. Department of Commerce and other federal agencies to work collaboratively to curb the collection, profit and transfer of sensitive data from US users to “foreign adversaries”, The Verge dixit.

“The government is committed to promoting an open, interoperable, reliable and secure Internet and the protection of human rights online and offline, and to the support of a vibrant global digital economy,” said a senior official from the administration cited by the aforementioned publication.

“The challenge we are addressing with this executive order is that certain countries, including China, do not share these commitments or values Instead, they are working to harness American data and digital technologies in ways that pose unacceptable risks to national security, ”he added.

In the framework of the commercial and political conflicts between the United States and China (in the technological scene there were also patents with the prohibitions established for the cell phone manufacturer Huawei, which can no longer use Google’s Android), the previous US government sought to ban the use of Chinese apps like TikTok, arguing that they collect private data from users and hand it over to the Chinese authorities.

ByteDance, the Chinese company that runs TikTok, started talks to sell its operations in the United States market. Oracle had sharpened in the negotiations, but the arrival of Biden to the White House stopped the talks. As we had anticipated in February, Trump’s departure opened a new horizon for the short video app in the United States, a key market for its international success, and an eventual autarkic continuity (without passing into the hands of a local company, as expected due to the pressures).

Confirmed the election victory of the Democrat, ByteDance had scrapped plans to sell its operations in the United States to Oracle and Wallmart firms. At this point, it should be noted that a possible sale “is still the subject of active discussion in the US government,” said an official, leaving open the possibility that TikTok and other Chinese apps should operate under the wing of a local firm.

A few weeks ago, Biden lifted the blockade on the Chinese company Xiaomi, although barriers for Huawei still remain. In fact, the president recently signed an executive order that prohibits US investment in 59 Chinese companies with alleged ties to that country’s military.