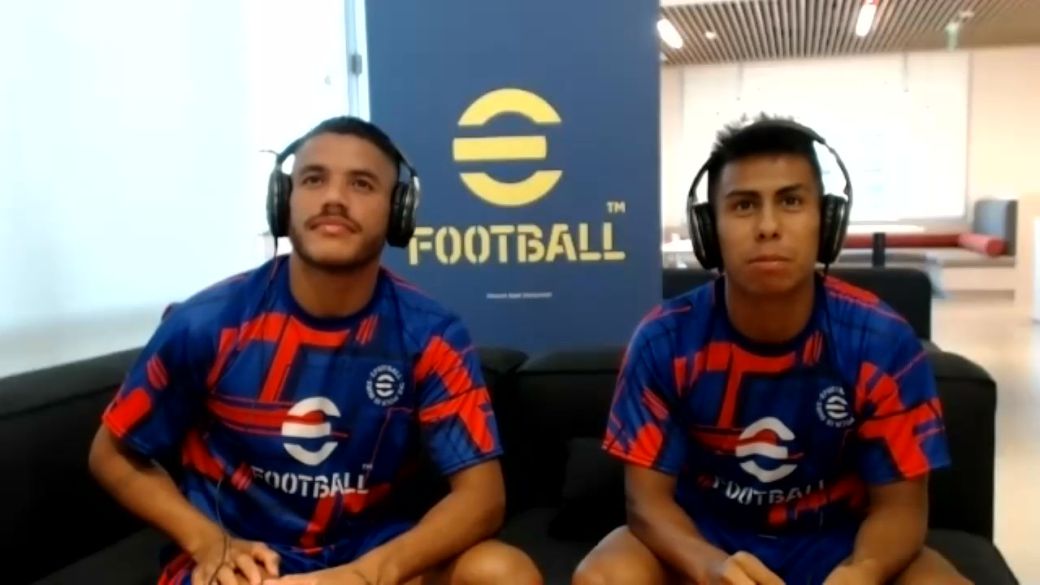 Konami Digital Entertainment, Inc., the Players Association of the Major League Soccer (MLSPA) and OneTeam Partners announced that the players of the MLS will appear in the new eFootball due out this fall, thanks to a multi-year group licensing agreement. This implies that the Japanese Publisher will have the right to present MLSPA names, numbers, images and likenesses within the game.

In an interview that we had the opportunity to do exclusively via videoconference to Jonathan Dos Santos and Efrain Alvarez current player of the Los Angeles Galaxy, we were able to hear first-hand what their experience was like when they were scanned with Motion Matching, Konami’s new patent that seeks to compete with the Hypermotion what will you use FIFA 22.

Within this video Jona Dos Santos, a native of Mexico City and Álvarez, a native of the Los Angeles capital where E3 takes place, shared with us how long the scanning process takes approximately, even sharing moments with other players from rival teams, such as the Californian. Antonio Leone from Los Angeles Football Club.

Finally, the Mexicans gave us their impressions by being part of this new stage within eFootball, since this game comes to break schemes as it is free.

In addition to those interviewed, another 9 players will be eFootball ambassadors:

This partnership was made possible by OneTeam Partners, a global sports company that delegates the collective power of athletes through group licensing, marketing, media and entrepreneurship.

eFootball that will release visuals thanks to the graphics engine Unreal Engineis coming this fall for free on Xbox One, Xbox Series X / S, PlayStation5, PlayStation 4 and PC Steam. The iOS and Android version will arrive a little later.

If you want to know all the details, we suggest you read all our information about it.