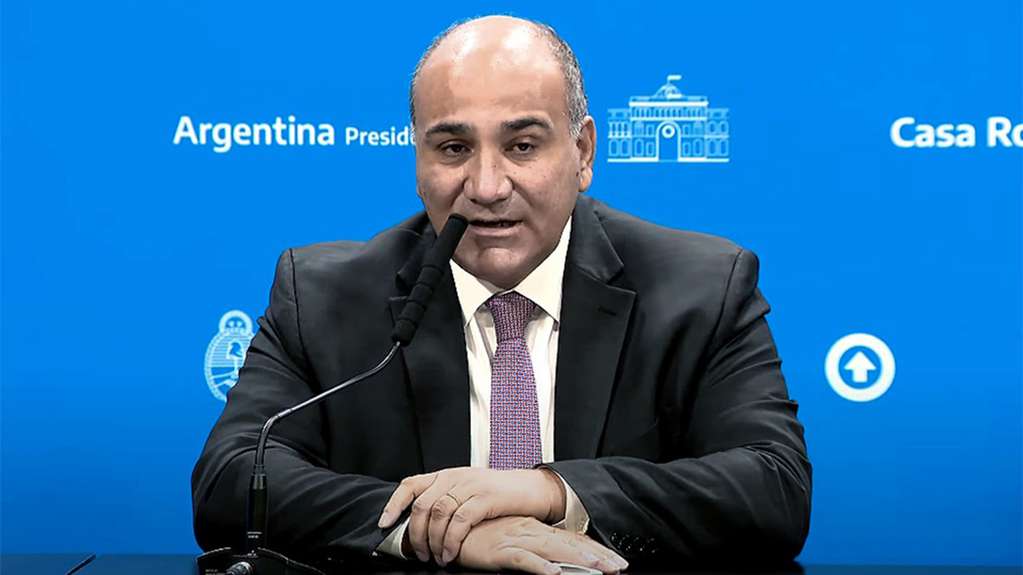 Juan Manzur justified the price controls to businessmen: “We seek to ensure the access of the most vulnerable population to essential products”

The Chief of Cabinet Juan Manzur participated this Thursday in the meeting of the Inter-American Council of Trade and Production (CICyP). He addressed the businessmen present at the end of the day and justified the controls prices that the national government ordered before the elections. “We seek to ensure the access of the most vulnerable population to a basket of minimum, essential products,” he said.

In addition, he referred to the negotiations that the Executive maintains to reach an agreement with the International Monetary Fund (IMF) for the debt. “We are working responsibly and seriously, but we know it will take a while”.

Read also: Feletti met with the slaughterhouses and warned them that exports cannot be increased “at the expense of the domestic market”

The Chief of Staff referred to the last year and a half of the pandemic, the coup in the economies in general and its consequences in Argentina. In this context, he spoke of the price freeze. “Thousands of products register significantly price increases and also transport and logistics ”, he expressed.

“The economy is also weakened by high indebtedness. That explains the adoption of measures many times of temporary price controls. What we seek is to be able to ensure the access of the most vulnerable population to a basket of minimal, essential products”, He clarified.

“But today the economy is mobilizing, it is growing, a rhythm that will be exceeding 9%”, He added.

Manzur also referred to the inflation as a “complex multicausal phenomenon “ and assured that “Does not resolve with adjustment“:” Sometimes it seems that in this crack some only see the red lights and others the green ones, our obligation is to see them all, “he said.

Manzur spoke about the negotiation with the IMF: “We will work by all means to reach an agreement”

The national official gave a broad speech in which he assured that the Government began to face “a new time.” In that sense, he spoke of “strength” and referred to the economic situation and specifically to the negotiation with the IMF for the debt: “We are going to work by all means to reach an agreement“, Held.

“We are making every effort to get the authorities of the agency to accept a agreement that allows us to continue with this process of economic growth that we have begun ”, he pointed out. “We know it will take a while. We are going to work to achieve the macroeconomic consistency that is necessary for sustainable development, ”he added.

In that sense, he referred to the local economy. “We have a huge social debt. For many years we have suffered from stagnation with a few short periods of growth. We propose a solid alliance between government, capital and labor. We are clear that the capitalism is the most efficient model for the development of the economy and our productive energies ”, he remarked.