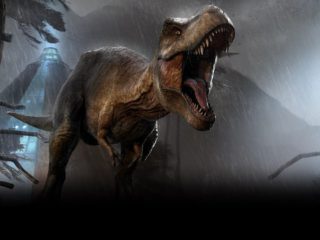 One of the main novelties revealed in Jurassic World Evolution 2 is that will feature a new plot narrated by cast members of the Jurassic World sagaIn addition to incorporating new features, four game modes, an improved and extended list of dinosaurs, and more.

Unlike what happened in the first installment, players will be able to build their parks beyond the confines of the Archipelago of Death in Jurassic World Evolution 2. There will be new scenarios with new challenges in each of them, very varied, to which we can incorporate more than 75 prehistoric species of dinosaurs, including some new marine and flying reptiles.

Dinosaurs will appear more alive than ever, displaying new behaviors as they interact with each other, fight for control of their area and react intelligently to the world around them.

Jurassic World Evolution 2 will be set immediately after the events of Jurassic World: Fallen Kingdom, and its story mode will immerse us in these events. The player must lead the work of control, conservation and containment of the dinosaurs together with an iconic cast of characters from the movies, including Dr. Ian Malcom (yes, voiced by Jeff Goldblum) and Claire Dearing (played by Bryce Dallas Howard).

No specific date has been revealed but it has been confirmed that Jurassic World Evolution 2 will be released in late 2021 on PC, PS5, Xbox Series X / S, PS4 and Xbox One.