Just Dance 2022 will make us shake our bones in November; first details 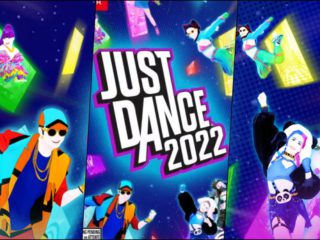 Just Dance 2022 is now official. Ubisoft has presented during the Ubisoft Forward of E3 2021 the delivery corresponding to this year of what is one of its most popular and dynamic licenses. The rhythm of dance and pop culture have been seen with a first trailer in which Todrick Hall is presented as the main protagonist. The North American artist will be part of the cast of singers available with their music in this installment. Your song Nails, Hair, Hips, Heels will be included in the title

The game will be released on PS4, PS5, Xbox One, Xbox Series X | S, Google Stadia and Nintendo Switch on November 4, 2021. Console users will be able to access the work also in physical format. How could it be otherwise, we can take advantage of the motion controls on platforms such as Nintendo Switch and it will be possible to play cooperatively; the list of songs will include a multitude of current international hits in the world of music. Ubisoft has confirmed that Just Dance 2022 will have more than 40 songs.

In the absence of knowing all the songs confirmed for this installment, you can recall here the 41 tracks included in Just Dance 2021.

E3 2021, the biggest video game fair of the year returns

One of the games that will not be in this E3 2021 is the remake of Prince of Persia. The company has communicated that they are making great progress with the game, but they still need a little more time and they will not show it at the Los Angeles fair. Another that has not been shown in this Ubisoft Forward of E3 2021 is The Division: Heartland, which is in the process of development and will be presented at a later time.

This Sunday curves await us. The Xbox & Bethesda Games Showcase is one of the most anticipated events of this E3, mainly because it will be a double conference. It will be this Sunday, June 13 at 7:00 p.m. (CEST) when we can see Halo Infinite in depth, but we want surprises and we expect surprises. Square Enix Presents will start shortly after, at 9:15 p.m. (CEST), an event from which we also look forward to hearing what is new about Eidos Montreal.

Monday will be a little quieter; We only have Capcom as one of the big confirmed ones. They will show us news of The Great Ace Attorney, Resident Evil Village, Monster Hunter Rise and Monster Hunter Stories 2. Will anything else be reserved? Finally, Nintendo. The Nintendo Direct will take place on Tuesday, June 15 at 6:00 PM (CEST) with a forty-minute broadcast primarily focused on Nintendo Switch games for 2021; but there will also be titles from later on. If there is one name that stands out above all, that is the sequel to The Legend of Zelda: Breath of the Wild.