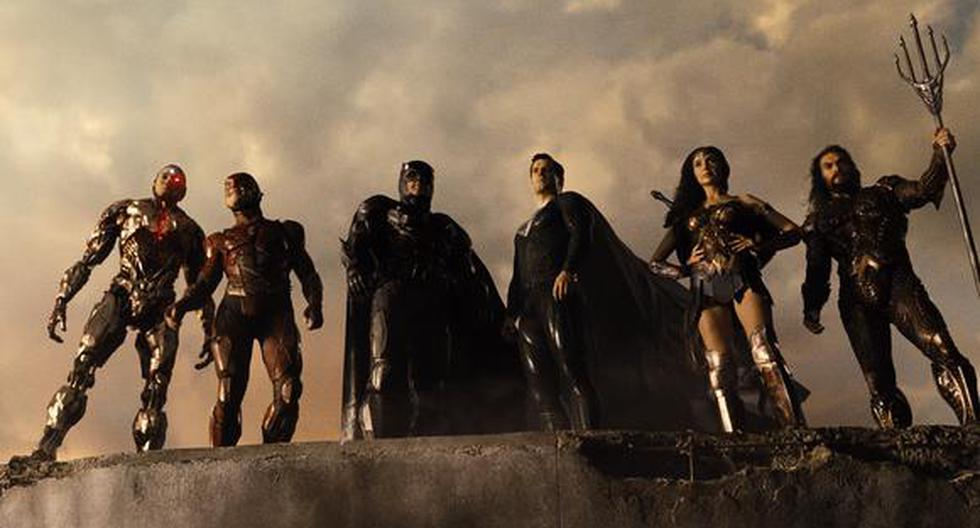 When fans found out that in 2017 Zack Snyder was going to leave the production of “Justice League”, Many began to presage that the film would be a disaster. The director was known for his ambitious plans with the DC Comics franchise and everything indicated that he had not fallen short of “Justice League.”

The next thing that happened is that Joss Whedon took the lead and set up a movie that the fans didn’t like, receiving criticism everywhere about a tape that shouldn’t have been released the way it did. Over the next several years, Snyder would reveal all the plans he had for the DC characters in “Justice League“, Including new heroes who would have a future in the DCEU.

Unfortunately, the agreement that Warner Bros had with Zack Snyder was only for a single movie, the famous “Justice League Snyder Cut”Which would feature the comic book company’s most famous heroes alongside many other characters that Snyder had planned to appear and continue in his upcoming films.

Now that the Snyder Cut has been released, we can know exactly who it was, characters that are highly recognized in the world of comics and that fans would have given everything to see with their own series or independent films. Which are? Here we list them for you.

THE NEXT GENERATION OF DC UNIVERSE HEROES BY SNYDER CUT

A scene set at Gotham City Police Headquarters features Commissioner Jim Gordon in conversation with Detective Crispus Allen, played by Kobna Holdbrook-Smith. The character is not mentioned aloud in the theatrical montage, but in the Snyder Cut, he is “Crispus,” making it quite clear that this is the man who would eventually become Specter in the comics.

Allen made his debut as a Gotham cop in the pages of Greg Rucka and Shawn Martinbrough’s Detective Comics # 742, and later became a prominent character on Gotham Central by Rucka, Ed Brubaker, and Michael Lark. The character was also played by Andrew Stewart-Jones and Rob Brown in “The Dark Knight Rises.”

In the comics, Allen was assassinated by corrupt cop Jim Corrigan in the pages of Gotham Central, becoming the Specter’s new human host during the Infinite Crisis event. Although the character hasn’t been seen since the New 52 reboot in 2011, his prominence in the fan-favorite comic Gotham Central has made him a fan-favorite character.

There’s a quick look at a spacesuit and a longer look at some cryo-sleep pods filled with Kryptonian corpses in Zack Snyder’s “Justice League”, which may or may not have been a nod to Supergirl. The recently released character, who will appear in 2022’s “The Flash,” has yet to be mentioned in any of Snyder’s films, but he did appear in a comic that featured those exact images.

J’Onn J’Onzz the Martian Manhunter gets to “dress up” in the film, showing off his super heroic looks and even offering his services to Batman in the epilogue. Here, he has been posing as General Swanwick on Earth, but in the comics he is usually John Jones, a policeman who is secretly the last surviving Green Martian. Most notably, he was played by David Harewood in “Supergirl.”

In Zack Snyder’s “Justice League,” there are two different occasions, not even in the current main story, where members of the Green Lantern Corps appear. While Snyder would have had it differently in a perfect world, neither GL is human, but both are characters that have a story in the comics, one significantly more than the other.

The first of these two characters appears in the History Lesson segment, in which the heroes of the past team up against Darkseid and repel him. The second appears in the Knightmare sequence, dead on the ground.

5. New Gods of the New Genesis

There is a whole world of heroes not shown here, but due to the nature of the story, their existence is implied. Those are the New Gods of the New Genesis, the “good” world to the bad world of Apokolips. We see Steppenwolf, DeSaad, Darkseid, and more, so it stands to reason that, like in the comics, their opposite numbers (Orion, Lightray, Highfather, etc.) also exist.

The director’s cut of “Justice League” features many more footage shot at STAR Labs, developing stories not only for Silas and Victor Stone, but also introducing fans to Ryan Choi, Silas’ right-hand man and the man who has to run STAR when Silas is out.

The character, played by Zheng Kai, is actually a superhero in disguise in the comics. As one of the heroes who went by the name of The Atom over the years, Ryan could be seen as DC’s version of Ant-Man. In Zack Snyder’s “Justice League,” Choi doesn’t really give any hint that there might be in his future beyond being an expert in nanotechnology, which makes sense for a shrinking hero.

This marks the character’s film debut, and it would have been his live-action debut had he appeared in the theatrical version of “Justice League.” Instead, it is now the second live-action version, behind Osric Chau’s Choi, who appeared at the CW 2019-2020 “Crisis on Infinite Earths” event.