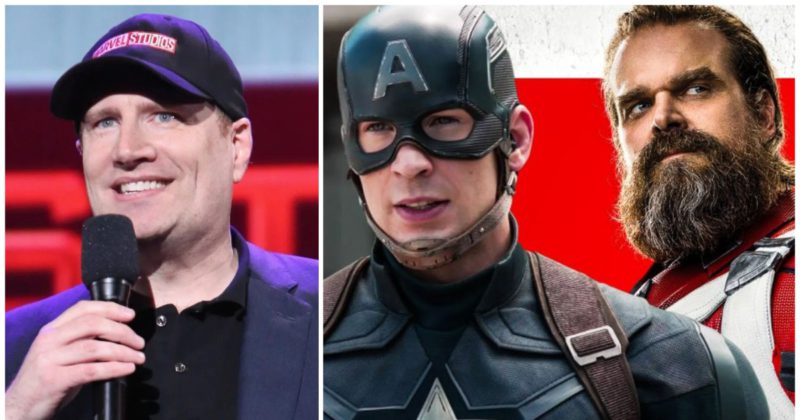 Director of Marvel Studios, Kevin Feige, addresses whether the Guardian Network of David Harbour really fought him Captain America from Chris Evans, as the Russian spy says in the recently released, Black Widow.

Feige used the account of Twitter from Marvel Studios to present a special watch part for their latest release, Black Widow. With one fan asking if Harbor’s Red Guardian actually fought Evans’s Captain America as he claims throughout the film.

Feige, who revealed how the multiverse works this week, offered a cheeky answer referring to where the last hero was at the time the first one says he fought him. See Feige’s answer below:

As much a humorous idea for the Red Guardian to claim that he had fought Cap at some point, Kevin Feige’s comments are not at all surprising given that Evans’ character was still frozen in ice at the time.

Also, one of those characters confronting Alexei in the Russian prison even explains how the Captain was on the ice at the time he claimed to have fought him, resulting in the super soldier breaking the inmate’s arm.

Although it was interesting to see Harbor’s character practically pleading with Natasha de Johansson to ensure that she is not lying about the fight, there was really no one but to speak about the fake fight given her close connection to Steve Rogers.

For a devoted MCU fan, the question of whether the Red Guardian actually fought Captain America before Black Widow may be silly, but with much of the former’s past still unknown, it’s certainly understandable wanting to get that clarification.

For his part, Kevin Feige has already hinted that Marvel Studios has plans for “Black Widow 2”, which excites fans of the character of Scarlett Johansson, who had asked for a solo Avenger movie for years.

Kevin Feige joined Marvel Studios in 2000 and was named president of production in 2007. Since then, his films have grossed $ 20 billion thanks to what is known as the Marvel Cinematic Universe.

Surprisingly, Marvel almost lost Kevin Feige for not allowing the inclusion of characters LGBT in his films, which has changed over the years and openly gay superheroes will soon debut in the MCU.