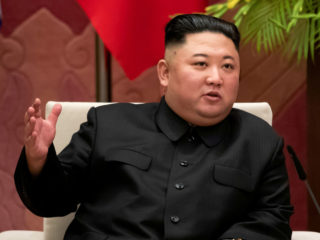 North Korean state media warned in May that if not controlled [esta influencia], could cause North Korea to “collapse like a wet wall”, as collected The New York Times.

In December 2020, Pyongyang introduced a special law that aims to combat the influx of foreign materials such as films, music and books and harshly punishes those who consume or distribute this type of content, it indicates Daily NK. The legislation provides penalties of between 5 and 15 years for possession of this type of foreign “propaganda”, while those involved in its distribution can be sentenced to life imprisonment or even death.

The new standard also stipulates up to two years of forced labor for those who “speak, write or sing in the South Korean style.”

Last February, the North Korean leader ordered all provinces, cities and counties to “ruthlessly” eradicate the growing capitalist tendencies. Also, in April, he warned that “a serious change was taking place” in the “ideological and mental state” of young North Koreans.

In a survey by the Seoul National University Institute for Peace and Unification Studies interviewing 116 people who fled North Korea in 2018 and 2019, nearly half said they had seen “frequent” North Korean products. South Korean entertainment while in their country.

At the beginning of April, three 14-year-old students received reeducation sentences through work for their “antisocialist behavior”, it collects Daily NK. According to the outlet, the minors had allegedly cut their hair in the style of South Korean teenagers and sang songs from the neighboring country.