Home
News
Kristalina Georgieva, on Argentina’s agreement with the IMF: “There is still much to do”

Kristalina Georgieva, on Argentina’s agreement with the IMF: “There is still much to do” 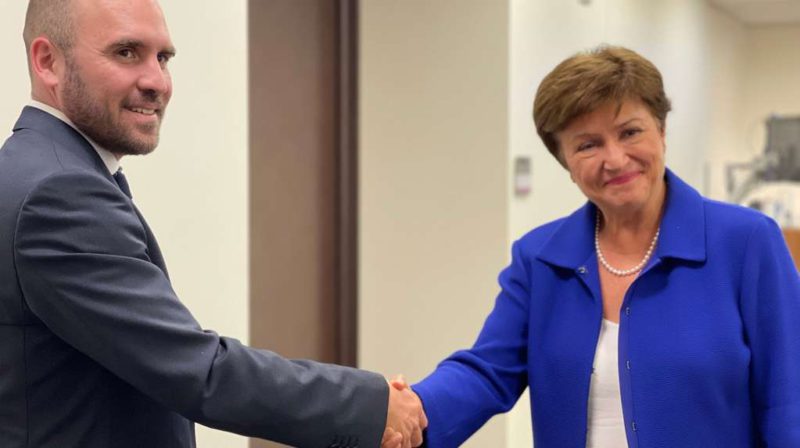 A few hours before the start of the Argentine mission in Washington, the director of the International Monetary Fund (IMF), Kristalina Georgieva, referred this Friday to the negotiation for the debt and warned that “There is still much left to do”.

The head of the IMF highlighted “The importance of working towards a program to significantly improve Argentina’s macroeconomic fundamentals and place the country on a solid path to recover from this (economic) crisis ”.

Read also: Dollar: for the rating agency Moody’s, the current level of reserves makes it difficult to avoid a devaluation of the peso

“We have worked so far constructively, But there’s still a lot to do. We remain committed and will be ready when we are ready, ”Georgieva said during the conference. Reuters Next, at a time when the Government is discussing the possibility of reaching a quick agreement before the end of the year.

Officials from the Ministry of Economy and the Central Bank will leave this Saturday for Washington, the Government reported, to meet with IMF executives. Neither Minister Martín Guzmán nor the head of the monetary authority, Miguel Pesce, will be part of the game.

As TN reported, Guzmán will lead the meetings via zoom in order to reach a technical understanding that will allow the loan to be refinanced. Technical talks will formally begin on Monday 6. The negotiation point to a 10-year extended facility plan with a little more than 4 grace, with which the country would begin to pay by 2026.

The minister seeks to reach an agreement before December 22, the date on which the second installment of loan principal, for about US$1900 millones.

On the other hand, the IMF plans to disseminate its final assessment of the loan for USD 57,000 million – of which only USD 44,000 million were disbursed – granted to Argentina during the government of Mauricio Macri. The Executive Board of the organization will review the work in the week of December 20.

“A new variant that can expand rapidly can take a toll on confidence and, in this sense, we will probably see cuts in our projections of October on global growth ”, indicated Georgieva this Friday.

In October the IMF lowered its forecast for world GDP growth to 5.9% this year up from 6% in July, due to supply chain problems and uneven vaccination.

While, for the year 2022, the IMF expected growth of 4.9%Since October, the multilateral organization had already hinted that growth could be less sustained than expected due to bottlenecks in production chains, which are pushing inflation around the world.

Read also: The Government does not rule out a partial border closure in the face of a rebound in coronavirus due to the Omicron variant

“Even before the arrival of this new variant, we feared that the recovery, while continuing, would lose some momentum”, Said this Friday Georgieva, highlighting that the expansion of the two largest economies in the world, the United States and China, has already been slowed by the Delta variant.

The IMF generally publishes revisions to the October forecasts in January. Ómicron was first detected in South Africa on November 24 and is already found in several dozen countries.