Lebanon is facing an Internet failure due to a lack of foreign currency, electricity and diesel 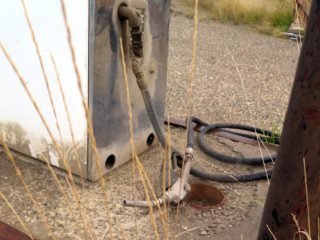 A lack of electricity and diesel in Lebanon threatens access to the Internet there. The head of the state Internet provider Ogero, Imad Kreidieh, warns of this in an interview with the daily newspaper The National. The country has been in a serious economic and political crisis since 2019, exacerbated by the devastating explosion in Beirut on August 4, 2020. A widespread internet failure would be “disastrous,” warns Kreidieh.

For decades, people and companies in Lebanon have suffered from ongoing power cuts and a lack of fuel. In May, the energy shortage worsened significantly: Until then, a Turkish company had operated electricity generators on barges off the coast. But she is sitting on unpaid bills and faces legal difficulties, which is why she has stopped delivering electricity.

In parts of the country there is only six hours of electricity a day. The income does not cover the electricity production costs by a long way.

Internet failure would be the nail in the coffin

Cell phone and / or internet connections fail time and again in parts of Lebanon. “Only God knows” when there will be extensive failures, says Ogero boss Kreidieh“In the event of a power failure, everything will come to a standstill after a while,” warns the manager. “The central bank will cease operations. Hospitals, schools, universities and companies with customers abroad will all be affected. (…) It will be the nail in the coffin for the economy of Lebanon. “

It already looks bleak. Lebanon’s gross domestic product has plummeted by 40 percent since 2018. The local currency, the lira, lost 85 percent of its value against the US dollar last year. Food prices have multiplied in 2020. Food is therefore more expensive than anywhere else in the Middle East.

Fighting over food is the order of the day. In theory there are subsidized staple foods, but they are hard to come by. Consumers accuse supermarkets of hoarding subsidized goods in warehouses instead of selling them in order to make more money with other products.

Lack of anything anyway

Although the ISP Ogero has bought diesel generators in order to be able to provide more electricity itself, this is of little use in view of the chronic lack of fuel. Even the water supply has become unreliable due to the lack of diesel to operate the water pumps. The Treasury Department has asked the central bank for $ 200 million to import fuel.

However, the central bank is also running out of foreign exchange. The real value of the lira is only one eighth of the official dollar exchange rate. Fuel imports, international internet and telephone connections, software and hardware for network operation, and other necessary items must be paid for in US dollars. There are hardly any left in Lebanon.

The country has several internet providers, but they all have to buy their international internet connection from Ogero. If nothing works with the state provider, the Internet fails for all Lebanese. Lebanon matters according to Speedtest.net among the slowest countries in the world for fixed-line broadband connections (148th place out of 176).

In the past, telecom networks contributed a billion dollars to the state budget annually. Because the lira has lost so much of its value, but advance payments have to be bought in foreign currency, the network operators have fallen into the red. This means that the state budget falls over by the taxes. Citizens were able to prevent a tax on WhatsApp calls through violent protests in 2019.

There is no government either

Kreidieh would like to keep operations going and slowly expand the fiber optic network. To pay for that, Ogero would have to raise prices, which would have to be approved by the government. She resigned after the explosion in Beirut. A new government has not been formed in the past ten months. Lebanon is the next crisis hotspot.

Lebanon is only half the size of Saxony-Anhalt, but has around seven million inhabitants. Of these, around one and a half million people fled Syria and around 220,000 from other countries. In per capita terms, Lebanon has taken in by far the largest number of refugees in the world. The international support seems modest. Only a few tens of thousands of Syrians who have fled to Lebanon have so far been allowed to resettle in other countries. Out of hunger and desperation, some risk their lives trying to get to Europe.