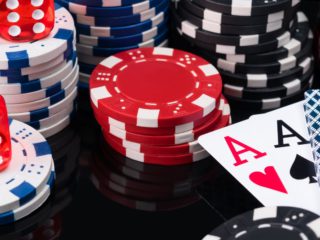 The Bremen gaming researcher Tobias Hayer fears increased addiction risks with the entry into force of the new State Treaty on Gaming on July 1st. “The legalization of online gambling will make it even more popular and the incentives to play will be massively increased,” said the psychologist at the German Press Agency. With the new State Treaty, previously forbidden virtual slot machine games on the Internet as well as online casinos with poker or roulette are allowed. Companies can apply for concessions.

The legalization is combined with measures for player protection such as a monthly deposit limit of a maximum of 1000 euros and a player lock file, which also applies to arcades and casinos. Online gambling has only been allowed in Schleswig-Holstein since 2012.

Sports betting providers have been able to obtain concessions since October 2020. Hayer is particularly critical of the “massive product marketing” associated with, for example, perimeter or jersey advertising in football. “The aggressive marketing with prominent footballers like Oliver Kahn or Lothar Matthäus makes these products socially acceptable and in some cases glorified,” said the scientist.

Current experiences with gambling from machines to lottery to sports betting were given a study by the Federal Center for Health Education from 2019 according to more than a third of 16 to 70 year olds in Germany. According to estimates, almost half a million people gamble abusively or dependent – mostly men.