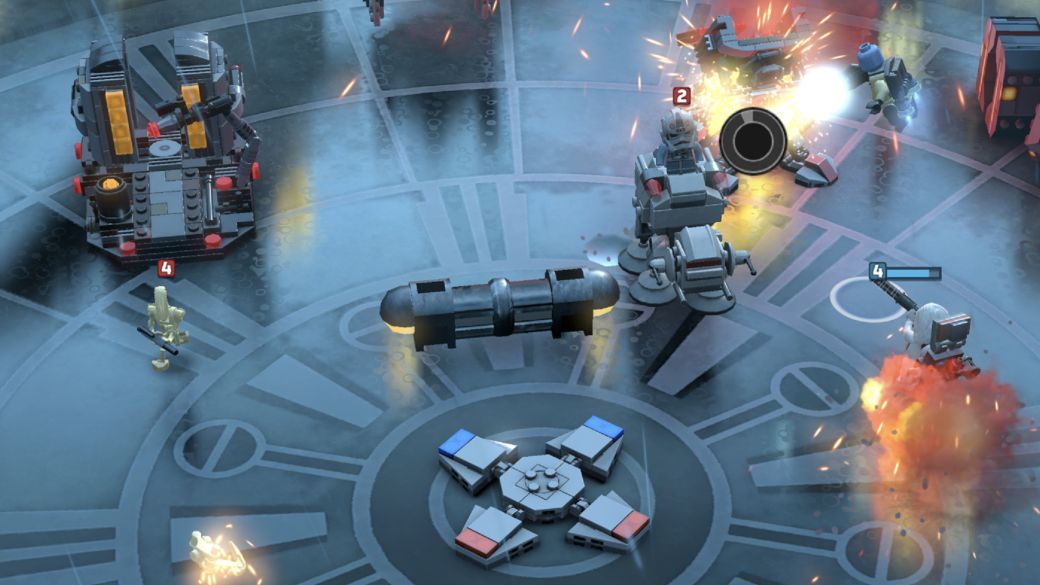 The resurrection of LEGO Star Wars Battles is a reality, as announced by Warner Bros. Games, the LEGO Group and Lucasfilm Games recently. The title was in beta for a while for Android and iOS, but eventually it shut down its servers and was left in limbo … until now. In a press release, Warner’s video games division has reported that the game will be available from next 24th September exclusively for Apple Arcade.

This production mixes characters, locations and vehicles from the Star Wars universe, but always with the aesthetics of LEGO. Offers 1v1 multiplayer battles, but unlike other titles in the series, it adds a more strategic component to its gameplay. The development has fallen on the same studio that designed the original version, that is, TT Games Brighton.

Strategy, Tower Defense and the magic of Star Wars and LEGO

LEGO Star Wars Battles will give players the ability to combine characters and vehicles from across the Star Wars galaxy “to create unstoppable squads.” Using combat tactics, users they will have to deploy the troops and build LEGO towers in true Tower Defense style. The purpose is to destroy the enemy base. Of course, the Force will have its presence in both the light and dark side decks. Each of them proposes different styles of play.

The game can be downloaded at iPhone, iPad, Mac y Apple TV, but you will have to be a subscriber to Apple Arcade. The annual subscription costs 4.99 euros per month (there is a free 30-day trial). It is also possible to access the service through the Individual (€ 14.95) and Family (€ 19.95) monthly plans. Another game that has been resurrected is Castlevania: Grimoire of Souls, which is now available on Apple Arcade.