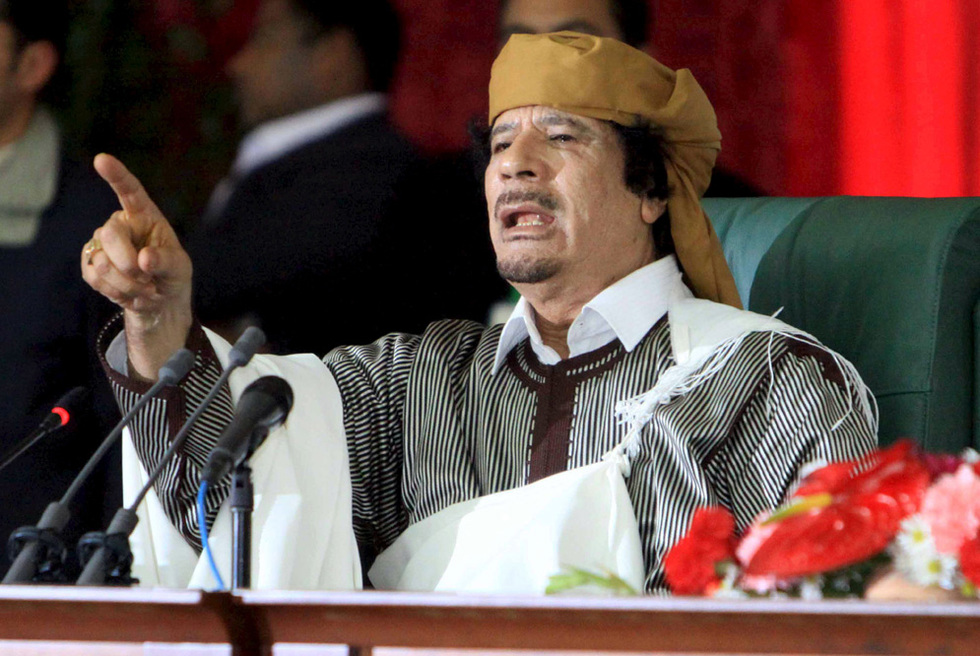 Libya tries to leave behind the heavy inheritance of Gaddafi, ten years after his death | International

Muammar Gaddafi was killed by a mob of rebels on October 20, ten years ago. He had been in power for 42 years maintaining that the people who really ruled in Libya were the masses and that he only acted as a “fraternal leader”. He opposed communism, conservatism, capitalism, atheism, and the Muslim Brotherhood. In his day he aspired to overthrow all governments and replace them with true democracies, whose base would be the “popular committees”. But if there is something that Libya never knew, it is a democracy. Power was concentrated in his person, although Gaddafi said he was neither president, nor prime minister, nor generalissimo. It did not allow the existence of a Constitution, Parliament or political parties.

Now, a country without any democratic tradition and with more arms than inhabitants, is preparing a presidential election for December 24, supported by the United Nations. The obstacles to celebrating them are great. The country has not ceased to be fractured between east and west. All this, aggravated by the incorporation of mercenaries. Turkey and Russia have become increasingly involved in the conflict. There are still hundreds, if not thousands, of Russian mercenaries in Libya supporting Marshal Khalifa Hafter, a strongman from the east and south of the country. And there are as many mercenaries sent by Turkey, who support the Government of National Unity, based in Tripoli.

An international observer who requests anonymity indicates that in the country phrases such as “with Gaddafi we lived better” are hardly heard. “People want to look to the future, that there is no more war and that the country works,” he says. “The other day, an engineer in Benghazi told me: ‘During the war everything is extended. I should have gotten my doctorate ten years ago and then bought a house and got married. Now, I hope to do it, even if it is ten years late. “

Little by little, international governments reopen their embassies in Tripoli. Spanish President Pedro Sánchez visited Libya in June and expressed his desire to support the reconstruction of the country. But security in western Libya remains in the hands of increasingly fragmented militias. And kidnapping and extortion are the order of the day. “A year ago,” says the cited observer, “there were six large militias that shared power in Tripoli. Now they are about 14 ″. The problem is that the militias demand money from the government and are not willing to give up power. “This situation is very difficult to reverse,” acknowledges the aforementioned source, “because the militiamen have become accustomed to receiving very high salaries. So it is very difficult to create a national police force ”.

The great asset in Libya’s favor is oil. It was with Gaddafi and it continues to be so now. When Gaddafi came to power, aged 27, it was only six years since the first wells were discovered. Gaddafi only had to untie the oil pie and start distributing it. And that he did.

The first Gaddafi made great strides for his people, unlike other Arab satraps. He financed homes by giving the equivalent of $ 50,000 to newlyweds. In health, it offered universal and free coverage, although the quality of services left a lot to be desired outside of Tripoli and Benghazi. It turned an illiterate country into another where 87% of the population was literate in 2010.

Even today, after ten years of his death and a decade of civil strife, Libya remains the sixth country in Africa in human development, according to the UN list. Libya, with just six million people, still has the largest oil reserves in Africa. Before the fall of Gaddafi, it exported 1.6 million barrels of oil a day, 2% of world production. And now, extract 1.3 million.

The great source of wealth is still there. But it remains to be seen whether that manna appears for the first time accompanied by leaders capable of reaching agreements and establishing democracy.