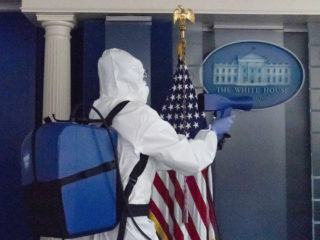 Life expectancy in the US decreased by more than a year due to the coronavirus pandemic, according to a study conducted by the Centers for Disease Control and Prevention (CDC, for its acronym in English), published Recently. “Life expectancy at birth in the US for 2020, according to almost definitive data, was 77.3 years, lowest since 2003“, the authors of the investigation found. Meanwhile, the same index for the year 2019 was around 78.8 years.

On average, the virus caused almost 75% of the total reduction in life expectancy. “Mortality due to covid-19 had, by far, the greatest effect in decreasing life expectancy at birth between 2019 and 2020, in general, between men and women, and for the three race groups, “the study states.

In addition, the specialists determined that the people of the Spanish-speaking community experienced the biggest drop life expectancy: plummeted from 81.8 to 78.8 years with covid-19 as main factor of the decline of the indicator. As for African-American individuals, its indicator fell in almost 3 years, standing at 71.8. For its part, the same figure for white people decreased from 78.8 to 77.6 years.

In the opinion of Irma Elo, head of the Sociology department at the University of Pennsylvania, the harshest impact of the virus on the Hispanic and African-American community highlights unequal access of the American population to health care.

“The people who have suffered disproportionately from the pandemic were the same people who were in positions where they were more likely to be exposed due to their employment,” said the expert, quoted by NBC News.