Life is Strange: True Colors: this is how Alex Chen’s powers will work 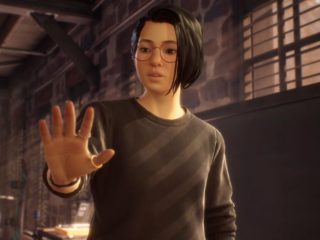 One of the main titles during the Square Enix event within the framework of E3 2021 has been Life is Strange: True Colors, the new installment of the saga developed on this occasion by Deck Nine Games. Despite the fact that the fragment of gameplay that we have seen has been very brief, we have had the privilege of having seen it somewhat in advance of its public broadcast in order to analyze in detail what we have witnessed. The new video focuses on powers by Alex Chen, the protagonist of this new story, so below we will explore everything we know about this empathy flow that the young woman should use to uncover the truth, as much as this makes her suffer.

Still capable, should I?

The supernatural powers are not something new in the Life is Strange formula. In the first bars of the original work we saw how Max Cauldfield she was able to rewind time a few minutes to save her friend Chloe of certain death. Despite his good intentions, as the events of the story unfolded, we were able to see how the famous phrase once uttered by Peter Parker’s Uncle Ben: “With great power comes great responsibility”, Gained strength and relevance. In the prequel, Before the Storm, they skipped the ingredient of powers somewhat to end up recovering it in Life is Strange 2 with the Diaz brothers. On that occasion, it was not we, as players, who had control of these powers, but the responsibility to help Daniel manage them correctly and ethically.

“Alex’s supernatural empathic power is central to the story of Life is Strange: True Colors. It affects every relationship you make and every decision you make, ”explains Zak Garriss, Game Director at Deck Nine Games.

Once again, in True Colors we can feel through the command the weight of all the decisions we make, which will be reflected in the story through conversations, but also through the use of Alex’s powers. For years, the protagonist has been unable to block out the intense feelings she felt from others. That led her to to believe that his power was a curse, but finally he realized that he could use it to his advantage to do good and discover the truth. In fact, it is the most useful tool you have in your hands to unravel the mystery that surrounds the death of his brother, the point around which the plot will revolve.

“Those aura readings help Alex develop his feelings and relationships with the Haven Springs neighbors, as well as unlocking more conversations.”

Specifically, its power generates a kind of nova, a supernatural glow that transforms Alex’s environment to reflect the psyche of the person with whom he interacts. In this altered state, Alex is able to perceive bits of thoughts and memories to get to the bottom of the problem. But not all emotional crisis are easy and solve … some carry a dangerous aura, even mortal. During the gameplay revealed at the event we can see an example of this. We lack the context of the scene, but we know that the young woman with whom Alex is interacting is on the edge of the abyss to the point of considering taking her own life. How Alex uses his power at that moment will be crucial in determining the outcome of it all.

The director of the title confirms that we will be able to use the power from the beginning of the game by focusing on the intense auras of others in order to deepen their emotions. By doing so, we can find out exactly how they feel and later decide whether to act on it. Visually translates into a color explosion that is linked to each emotion (yes, similar to the case of the Pixar film “Inside Out”), so a quality artistic section, accompanied by a great soundtrack (house brand) is guaranteed. Of course, we have not yet been able to know if the new generation versions – PS5 and Xbox Series X / S – will have any special peculiarity linked to their unique characteristics.

How far will you be able to go in search of the truth?

We can find out from the next September, 10th, date on which the new installment of the Life is Strange saga will go on sale in PC, PS4, PS5, Xbox One, Xbox Series X|S y Google Stadia. Everything seen so far points to optimism and denotes that we are facing a delivery more than worthy of being part of the franchise. However, there are still a few months to go before this idea can be confirmed.