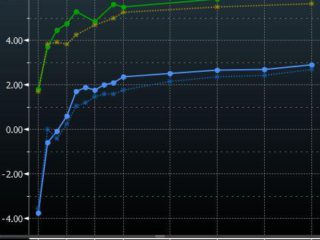 (Bloomberg) – Faced with the growing threat of a new round of retirement savings withdrawals, several local companies preferred to turn to external markets to issue bonds.

The trend could not be clearer. Last week, companies issued dollar bonds almost double the non-bank corporate debt issued in the local market this year.

“Our capital market remains under considerable pressure with very little liquidity, while rates in the United States remain at attractive levels,” said Fernando Ostornol, managing director of corporate finance at Credicorp Capital. It does not rule out that other private companies that may do so will follow that example, he said.

Taking a step back

Three successive bills have allowed people to withdraw about $ 50 billion from their private pension accounts. Congress is currently discussing a fourth recall that could take another $ 20 billion off the market. All this in the shadow of the presidential elections in November, which could consolidate a shift to the left in Chilean politics.

In the face of high volatility and rising rates, local issues have vanished. Between May and July, non-bank companies sold US $ 350 million of debt in the local market, about a quarter of the average of the previous five years in the same period, according to calculations based on data from the Financial Market Commission.

If last week’s sales had been made in the local market, “its debt would have been much more expensive, with worse conditions anyway,” said Guillermo Kautz, manager of fixed income at MBI Inversiones. It is a trend that should continue forward, he commented.

Yields soared last week as the market internalized the greater odds that Congress will pass the fourth pension withdrawal.