Loki has a great reference to the movie The Avengers (2012) 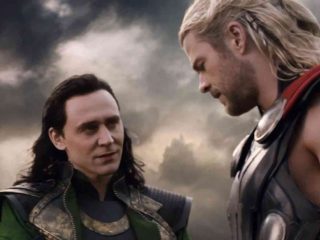 Loki was the great villain of the movie The Avengers and the director of the series has confirmed a great reference that fans had already noticed.

Attention SPOILERS. The fourth episode of the series Loki from Disney Plus it has a post-credits scene. In it we can see 4 different versions of the God of Mischief. But the funny thing is that the pose is very reminiscent of that of The Avengers at the end of the 2012 movie.

In both scenes, Loki he is on the ground defeated and check that he is surrounded, the difference is that on one occasion they are heroes and on the other different versions of himself.

Recently, on Twitter, the director of Loki, Kate Herron, revealed that she and the show’s cinematographer, Autumn Durald, “They could not resist” to use this scene from the series Disney Plus as a way to pay tribute to The Avengers. The composer Natalie Holt He even included a music track for that scene reminiscent of the 2012 movie.

Have you noticed the reference? Leave us your comments below.

What will happen from now on in the series?

Attention SPOILERS. Loki It is a real mystery and we go from one surprise to another. As of now there are only 2 episodes left and anything could happen. But they will have to solve many doubts. Since for now we do not know what is behind the TVA, only that the Time Keepers are mere robotic puppets. What’s more Ravonna Renslayer interpreted by Gugu Mbatha-Raw knows more than it counts and it seems that it will solve all the doubts to Sylvie (Sophia Di Martino). While, Loki (Tom Hiddleston) has met different versions of himself as they are a child, an old man with the classic costume, Boastful and the crocodile version.

We will resolve all doubts when the two remaining episodes in the Disney Plus streaming platform.