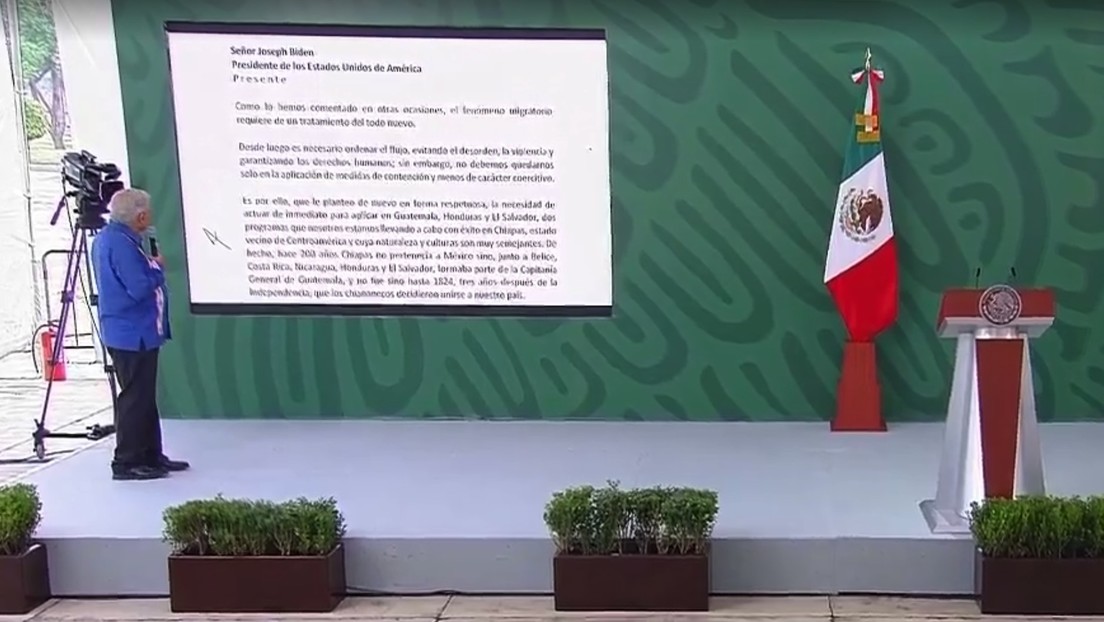 The president of Mexico, Andrés Manuel López Obrador, revealed on Monday the content of the letter sent to his US counterpart, Joe Biden, in order to address the migration crisis in Central America as soon as possible.

“This is what we have proposed, asking that they intervene, that they act with more urgency, promptly and that they invest in Central America, especially in the programs that are being applied in the southeast of the country,” he said.

In his letter, released during the morning conference, the president insisted that the United States should invest economic resources to expand two programs to assist farmers and youth in Guatemala, Honduras and El Salvador. These programs, Sowing Life and Youth Building the Future, are the same that the Mexican Government currently implements in its territory.

“With these two programs, in less than six months we would be serving 330,000 people that they would see as hope this joint action of the governments of Guatemala, Honduras, El Salvador and the US If your government decided to take this decision in an Executive manner, we would be willing to collaborate with advice, experience and work, “he said. López Obrador.

The president also called on his American counterpart to develop a work visa program in an orderly manner and in the medium term.

“This would not harm anyone because it is known that the great nation that he presides requires additional workforce to boost its economic growth,” he said.