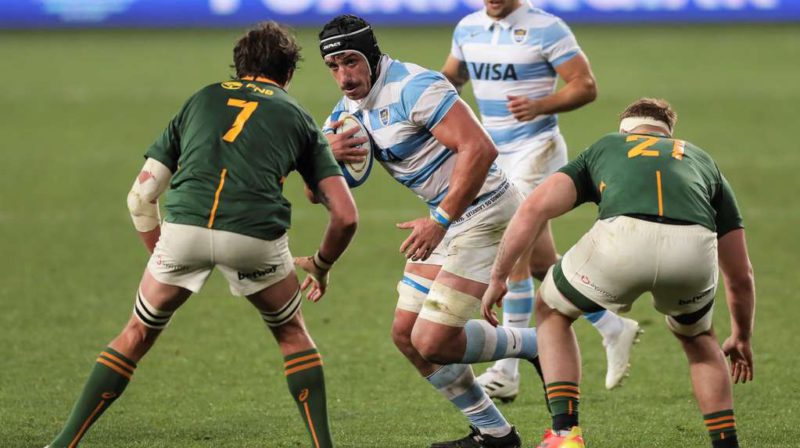 Thomas Lavanini, second line of The Pumas, it was suspended by World Rugby for five weeks, after being sent off in the match that the Argentine national team lost in Dublin against Ireland by 53-7, in the last presentation of the November window.

France’s Clermont club player was sent off by English referee Matthew Carley after hitting Irishman Cian Healy with a high tackle in a ruck, in the final part of the meeting.

Read also: The love for life no longer exists: the change of rule in rugby that allows playing for another selected

The World Rugby statement with the sanction for Tomás Lavanini

World Rugby reported in an official statement that “Tomás Lavanini received a five-week sanction after appearing before an independent judicial committee via video link, after receiving a red card for an act of foul play contrary to Law 9.20 (dangerous game in ruck / maul) in the international match of Argentina against Ireland, on November 21, 2021 ″.

Later, he adds that “The player accepted that he had committed an act of foul play, but not that it was worthy of a red card. Having reviewed all the evidence, the committee considered that there was contact with the head of an opposing player, in circumstances in which the contact was direct and entailed a high degree of danger ”.

“On that basis, the Committee confirmed the red card and applied the World Rugby mandatory minimum mid-range entry point for foul play resulting in head contact and this resulted in a starting point of a six-week suspension, ”he continued.

Finally, the statement indicates that “having recognized mitigating factors, including the player’s expression of remorse, his conduct in the audience and the fact that you have been taking active steps to ensure that your aggression in the field is properly controlled, the Committee reduced the sanction by two weeks ”.

However, from then on he required to consider the player’s previous expulsions and “in that sense, the Committee added a week”, to total five weeks of suspension.

Lavanini, initiated into the Hindu club, he was sent off three times with the Los Pumas shirt.

The previous one was in the 2019 World Cup in Japan, in the qualifying phase match that Los Pumas lost to England 39-10. On that occasion, the second row was sent off by a high tackle on the captain of the English team, Owen Farrel.