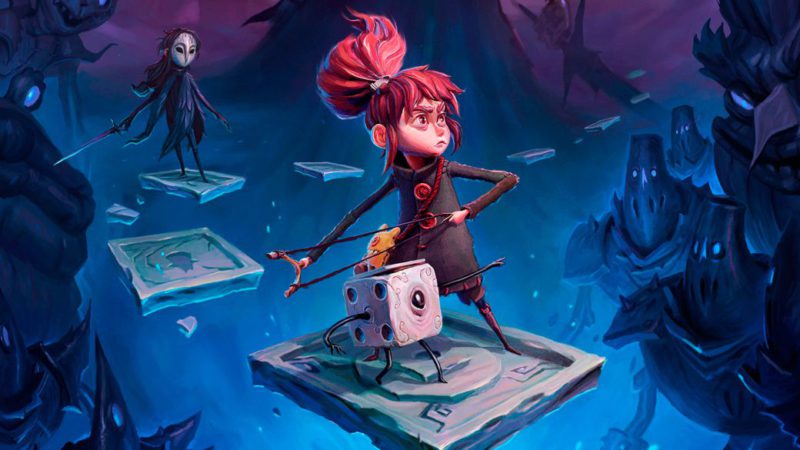 Lost in Random, the new action adventure with light RPG touches using skill cards, has been seen through a new gameplay trailer as part of the digital event EA Play Live 2021 of Electronic Arts. Also, this new video game by Zoink Games, creators of the celebrated Fe, has confirmed its release date on PC (Origin and Steam), PS4, Xbox One, PS5, Xbox Series X | S and Nintendo Switch. So much so, that the new from the EA Originals label will see the light next September, 10th; reservations are already active.

A dark fantasy world: the kingdom of Azar

“This is Lost in Random, a dark and wicked fairy tale in which the roll of a die is capable of anything. Together with partner Dadelio, you will face fearsome rivals in the six dark territories of Azar. You have a mission: to save your sister from an evil queen ”, tells us official description of the title, something that already gives us an idea of ​​its tone and that with a brief look at its artistic design clears any doubt about its personality.

In addition, and thanks to the gameplay trailer that you can see heading this news, we know first-hand the first details of its particular combat system and that will give us the possibility to mix the real time action with the use of skill cards through short pauses through our partner Datelio, the animated dice that will accompany us on the adventure.

“Throw Dadelio to freeze time in the deadly dice battles and play your cards to use formidable attacks, abilities, combos and much more”, this is how Zoink Games describes their bet on a differentiating combat. “Join the intrepid Par and her partner Dadelio to challenge randomly and immerse themselves in a dark fantasy world where only the bravest survive.”

Lost in Random will be available for PC (Origin and Steam), PlayStation 4, Xbox One, PlayStation 5, Xbox Series X | S and Nintendo Switch next September 10, 2021.