Home
News
Lucio Dupuy case: the beating murder of a 5-year-old boy that shocks Argentina and for which the mother and his girlfriend are detained

Lucio Dupuy case: the beating murder of a 5-year-old boy that shocks Argentina and for which the mother and his girlfriend are detained 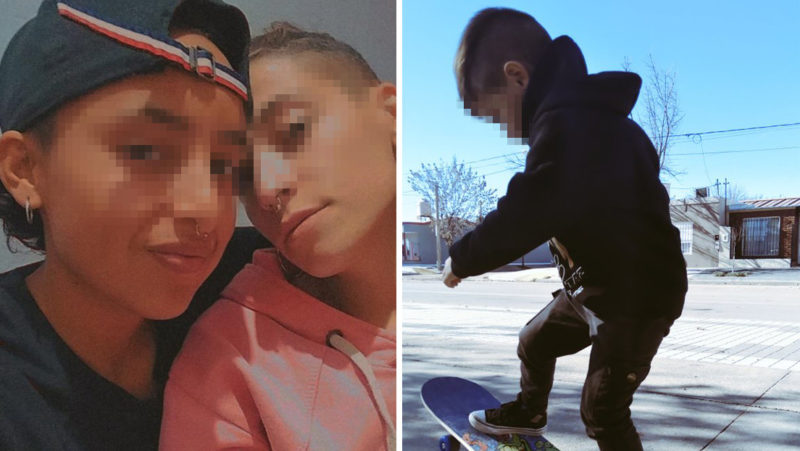 The death of Lucio Abel Dupuy, a five-year-old Argentine boy who was allegedly beaten to death for his mother and his partner in the province of La Pampa, shakes the country.

Last Friday, November 26, the boy he was taken badly injured by his mother Magdalena Expósito Valenti, 24, and his girlfriend Abigail Páez, 27, to the Atuel Regional Medical Unit, where the medical staff tried to revive him. There, given his poor condition, it was decided to transfer him to another medical center, where the little one ended up dying, they report local media.

The autopsy indicated that the minor died as a result of “polytrauma“and of a”internal bleeding“and that he also had injuries of different dates, including blows, cigarette burns and bites. It was reported that Lucio had recently suffered a blow, which could have been a kick, and that it affected his hip, buttock and leg. In accordance with The voice, the child’s medical history indicates that between December 2020 and March 2021 he entered different health centers with fractures and blows on five occasions.

In addition, the forensic examination revealed that the child was victim of sexual abuse “recent and also old”, pick up the Todo Noticias channel.

Lucio Dupuy was tortured and murdered by his mother Magdalena Espósito Valenti and the couple Abigail Páez. In our account we make visible crimes against women, but crimes as aberrant as this one. Let them pay it assassins !!! RIP Lucio❤️#JusticiaPorLuciopic.twitter.com/cRtohKkUCL

For his part, Christian Dupuy, the victim’s father, confirmed that he had a dispute with his ex-partner over custody of the child, and said that despite his insistence the Justice granted that right to the mother.

Dupuy assured that he was not aware of the constant mistreatment to which his son was subjected, since when he appeared with an injury to his body, the women detained today told him that he had hurt himself while playing.

“Justice never listened to me, it always favored the mother, no matter how many lawyers and mediations I did”, said the young man in a post on his Facebook account. “Forgive me son, I was not on time […] I love you. Forgive me for not being able to do anything“, added.

Outrage of the neighbors

After the incident, both the child’s mother and his girlfriend were put under preventive detention: the first is accused of aggravated homicide by the bond and the second for simple homicide. Both are detained in a police station in San Luis. As reported by the portal The Chorrillero, Magdalena Expósito Valenti and Abigail Páez are isolated and separated from the rest of the detainees, after receiving assaults by other inmates.

Justice for the murder of Lucio Abel Dupuy the 5-year-old boy https://t.co/pbTthvbyY3pic.twitter.com/sEf97WSedB

Lucio’s murder unleashed the outrage of local residents, who marched last Sunday in the city of Santa Rosa, as well as in General Pico, where the boy was from. informs Profile. When the protesters arrived at the gates of the Sixth Police Station in the capital of La Pampa, riots began: at least three patrol vehicles were set on fire and stones were thrown at the building. “We want justice!” The neighbors shouted.

Another demonstrations demanding justice for the crime took place this Thursday in front of Unit 1 of the Penitentiary Service, where the accused are being held. Meanwhile, a second march is called for this Friday throughout the province of San Luis to demonstrate in silence, according Popular newspaper.