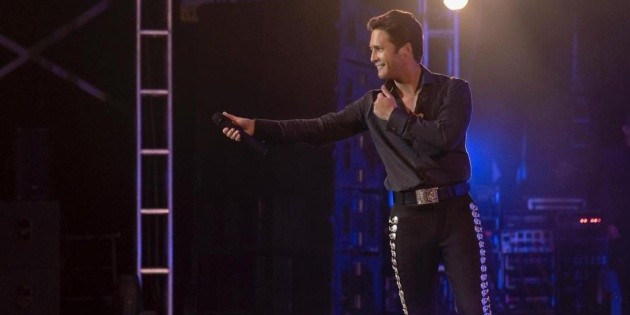 “Luis Miguel, the series” 3 began to shoot: is there a release date on Netflix?

After years of secrecy regarding his private life, Luis Miguel He gave Netflix permission to premiere a series telling his story. While the strip only captured his point of view, it also allowed many people to get to know the singer in a more intimate way. In fact, since its premiere in 2018, it was one of the most viewed productions on the platform.


And, after a pause forced by COVID 19, the cast met again for this year to premiere the second season of Luis Miguel, the Serie. With Diego Boneta as the artist, this new edition surpassed the first as it delved into the worst moment of Luismi’s life: the disappearance of his mother. Likewise, she also touched on topics such as her relationship with her daughter and her younger siblings.


But, as if this were not enough, the day the last episode aired on Netflix, Boneta himself announced that there would be a new season. It is still unknown exactly how many chapters there will be, but recently It was confirmed that the filming of things to come has already begun. Through Instagram it was the actor who gave the long-awaited news.

“Welcome to Luis Miguel, the Serie“Diego wrote to accompany a photograph showing the console of a recording studio and, above it, two microphones with a piece of paper that says”Luis Miguel: the series, final season”. Apparently, once again, he will be the one to record the iconic songs of the Sun of Mexico since, in addition to being an actor, he is also a singer.

However, even though Diego Boneta confirmed the start of filming, it is still unknown when the release date will be on Netflix. Even so, everything indicates that the series could only arrive next year, taking into account the recording and post-production time.