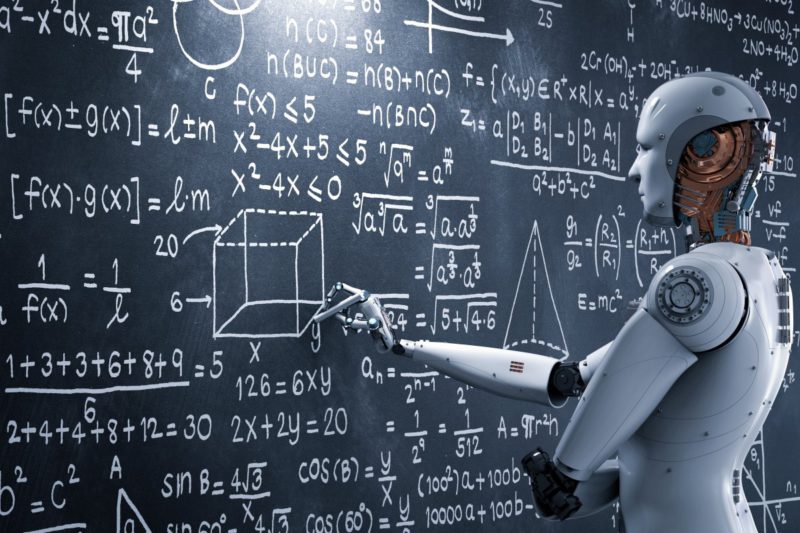 As part of the International Supercomputing Conference (ISC) on November 16, 2021, the German AI company Aleph Alpha presented its new multimodal model of artificial intelligence (AI) in a panel with Oracle and Nvidia, which differs from the pure language model GPT-3 computer vision connects with NLP and also transfers the flexibility of GPT-3 for all possible types of interaction to the multimodal area. Specifically, according to CEO Jonas Andrulis, the model is intended to generate any text or to integrate images into a text context. The Aleph-Alpha model is apparently just as powerful as GPT in the text part, but images can also be combined at any time. Unlike DALL-E, the new model is not limited to a single image including caption. The first test tracks show that it is apparently able to understand images and texts with world knowledge.

Andrulis had examples with him that visibly impressed the audience and made tangible what capabilities his AI model already has. The examples sometimes showed unusual image content with surreal content such as a bear in a taxi, a couple underwater camping or a fish with huge teeth and tooth gaps that the AI ​​is able to correctly describe when prompted with text questions. One level more complex is the image of a note in the elevator, in which the AI ​​can correctly conclude between the situation, essential and insignificant content of the message and the institutional framework (university), which is only possible through causal inference. The answers provided in the output are not only possible from the picture shown, but rather prove that the AI ​​model independently creates further connections.

On a handwritten treasure map, the model is not only able to decipher the writing, but also to make accurate assessments of the character of the marked places (including where it is most dangerous). The correct analysis and description of technical drawings with meta terms that cannot be derived from the prompt has already been successful in individual cases. A few examples can be seen in the series of pictures for the Aleph Alpha heise Developer has provided the image material.

The multimodal AI model from Aleph Alpha correctly describes what it “sees”: a couple lively camping on the ocean floor. The prompt is shown in black, the response from the AI ​​in green. Some images were not provided with a text prompt.
(Image: Aleph Alpha)

Setting the course for transformative AI

According to its inventor, it is the pioneer of a transformation that could change all branches of industry in a way that electricity was able to do recently. The panel’s title therefore symbolically carried the claim that it was about nothing less than a fourth industrial revolution (“How GPT-3 is Spearheading the Fourth Industrial RevolutionThe panel leaders talked about their companies and their research joining forces. In doing so, they are creating an alternative (and in some cases one step ahead) to other hyperscalers and tech giants such as Microsoft, which recently sold out for one billion US dollars secured exclusive rights to GPT-3.

Hyperscaling of the hardware for training large language models such as GPT-3 is a focus of the current edition of the conference, which is currently taking place in hybrid form and brings together experts from industry and research every year. One of the hot topics is that the increasingly large models require correspondingly larger clusters for training and inference (application), which poses major challenges for engineers and research teams, especially when it comes to cooling and the high-speed connection between GPUs.

A key message of the panel was that, given the current state of technology, it is no longer sufficient to formulate a smart idea as a model, but that ultimately the required upscaled infrastructure determines progress and success. Panel leader Kevin Jorissen from Oracle and the two panelists Joey Conway from Nvidia Corporation and Jonas Andrulis from Aleph Alpha impressively demonstrated to the specialist audience what it means to have a model with a scope of around 200 billion parameters or even larger operate and what GPU resources, but above all the time, are now required for this. The AI ​​model from Aleph Alpha discussed as an example would take around three months to train with 512 GPUs. One of the questions discussed with the audience was how to distribute the model over several GPUs and how to deal with instabilities, since with insufficient hardware, even small problems can force a restart of a test that has run for weeks or even months, which results in high costs in addition to the loss of time.

Aleph Alpha: Leuchtturmtechnologie made in Germany

Aleph Alpha GmbH, founded in Heidelberg, is considered a beacon in Germany and Europe because, according to the technology index MAD 2021 (Machine Learning, AI and Data Landscape) as the only European AI company to research, develop and design general artificial intelligence (Artificial General Intelligence, short: AGI). The Aleph-Alpha founders Jonas Andrulis and Samuel Weinbach with their 30-strong team work closely with the one headed by Professor Kristian Kersting Research Center Hessian.AI together, which is anchored at the TU Darmstadt. In addition, there is a scientific cooperation with the University of Heidelberg, and the AI ​​company has Oracle and Hewlett Packard Enterprise (HPE) by its side as international partners for, among other things, the cloud infrastructure and the necessary hardware.

Co-founder and CEO Andrulis, who previously held a leading position in AI development at Apple, became Awarded the German AI Prize in October 2021. In the current year, the start-up has already received around 30 million euros in funding from European investors in order to promote unsupervised learning as a pioneer. A dedicated data center with high-performance clusters is currently being set up. Who is more interested in the work of Aleph Alpha, finds interesting facts on their website and on the company’s technology blog.

Further information on the Supercomputing Conference

This year’s edition of the International Supercomputing Conference (ISC) from November 14th to 19th was or is under the motto “Science and Beyond”, and for the first time the organizers have also organized the international conference in hybrid form. In addition to the on-site event in St. Louis, Missouri, participants from around the world also had the opportunity to join in virtually. Numerous sessions were held either on the conference platform or in breakout rooms via Zoom. Anyone interested in the program you will find it on the conference website.

Even those who missed the starting shot can still go on board at the last minute: One Registration is possible during the ongoing conference until November 19, 2021. Depending on your interests, this could make sense, because registered participants can later access the recordings of the lectures, some of which have been recorded, on the conference platform.