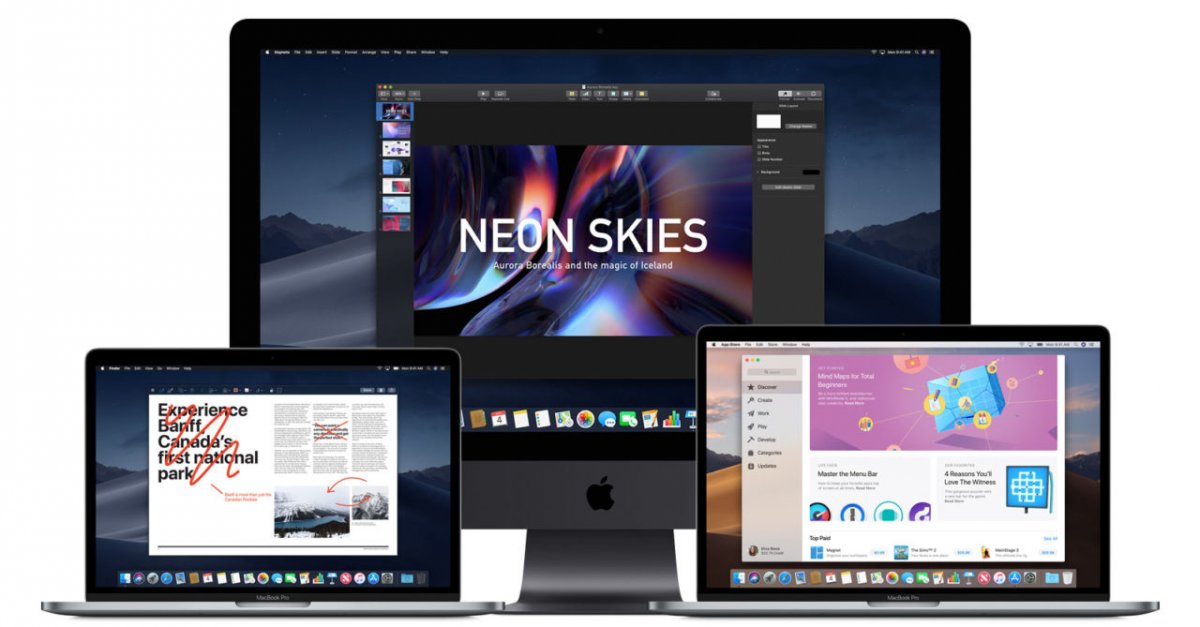 For users of macOS 10.14 alias Mojave, things are getting tight: After Apple apparently stopped official support for the operating system released in 2018, Microsoft is now the next big software company. Only the recently released version 16.54 of Word, Excel, PowerPoint and Co. is officially supported on Mojave machines.

End of the year is in November

The following in November Production Release 16.55 of the office package will no longer be usable under macOS 10.14. Microsoft had that Announced to customers some time ago. The minimum requirement will then be macOS 10.15 alias Catalina, which was launched in 2019. In 2020, macOS 11 alias Big Sur followed, a visually refreshed operating system, macOS 12 alias Monterey should be shipped this month.

Apple itself has not bothered about Mojave for a few weeks: there was an important security update for the Mac operating system that closed a zero-day gap, not even for macOS 10.14. However, the group has not yet given any official information about the end of support, so users are caught between all chairs.

Cut off the way

Many Macs running Mojave could actually be upgraded. However, macOS 10.14 and later have the main disadvantage that they can no longer run 32-bit software. Almost all major macOS apps are now 64-bit compatible. However, there is still a lot of legacy software that the developers do not (anymore) touch to bring it up to date. Only Mojave still allowed their use.

In these cases, users have to think about how they want to proceed. An unpatched Mojave represents a security risk. It is worth considering running the operating system only for the 32-bit programs in a virtual machine, such as Parallels Desktop or VMware Fusion, and no longer using it as the main operating system. But even in a VM you have to be aware of the security risk. Apple itself does not help users of 32-bit software; the group succinctly advises contacting the app manufacturers so that they can update their programs.