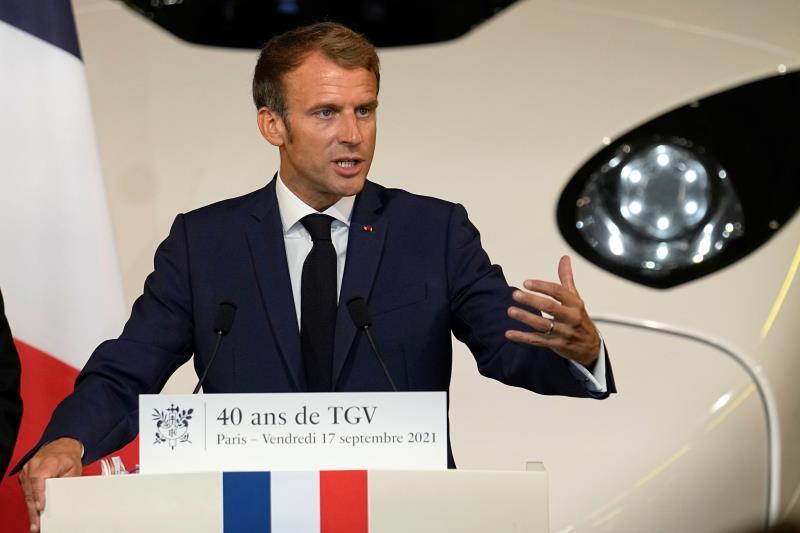 Paris, Sep 17 (EFE) .- The president of France, Emmanuel Macron, celebrated this Friday the 40th anniversary of the first high-speed train line (TGV), between Paris and Lyon, with the presentation of a modern train model which will enter service in 2024 and new line projects for the next few years.

“We are going to continue in a big way,” said Macron at a commemorative event at the Lyon station in Paris, in which a model of the TGV-M developed by the manufacturer Alstom was presented, of which the state operator SNCF has commissioned a hundred of units for about 3,000 million euros.

The TGV-M is characterized by a more aerodynamic “nose” on the locomotive, an innovative braking system that will help reduce energy consumption by 20% compared to those that operate now, a modular interior and capacity for 740 passengers, almost 200 more than in the current two-story convoys.

It will not be faster than those that circulate now, which have a maximum speed in commercial use of 320 kilometers per hour.

The head of state affirmed that, after the reform and restructuring in 2018 of the National Railway Society (SNCF), now it is possible to look to the future again and “accelerate”. He was convinced that the current one will be “the new decade of the TGV”.

He vindicated the “massive investments” decided by his Government, especially for the renewal of lines with little traffic, a better connection of the ports and the construction of new high-speed lines (LGV).

Specifically, budget items of 6,500 million euros have been established to extend those from Bordeaux to Toulouse, from Montpellier to Perpignan and from Marseille to Nice, although that money does not cover more than a minority part of what will be necessary to finish them.

The official inauguration of the first French TGV line between Paris and Lyon, of just over 450 kilometers, took place on September 22, 1981 and was carried out by the then president, François Mitterrand.