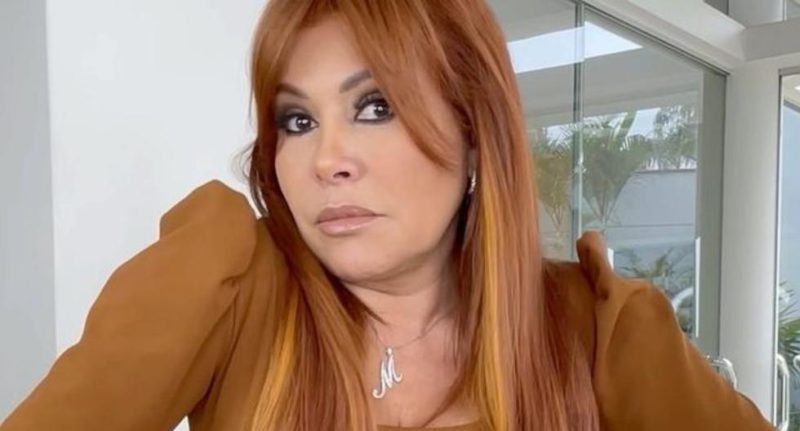 The presenter began her television space to the rhythm of the song “Te Sentio Flores” by Colombian Fonseca, but she did not count on her tight dress playing a trick on her.

“My dress is too big for me. I think the diet works because my dress got up ”, Medina said with a laugh and a little nervous.

It is not the first time that Medina has suffered this type of incident, the entertainment journalist is used to dancing at the beginning of her program and her outfits sometimes do not allow her to move as she would like.

Recently, Magaly has been nominated in the category Best show program in an award that Radiomar is doing to close 2021.