Maroto punishes Madrid: receives half as Catalonia of funds for tourism sustainability 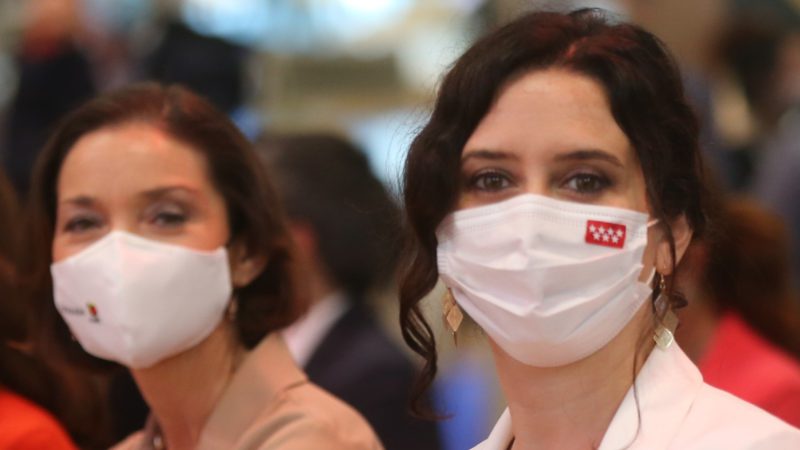 The Government has authorized the distribution among the autonomous communities of 614.67 million euros from recovery funds Next Generation EU and that will be used to support the transformation of tourist destinations. In the distribution of these funds, the Community of Madrid loses: it receives half that of Catalonia for the tourist data registered as a result of the economic reactivation promoted by Isabel Díaz Ayuso.

The Minister of Industry, Commerce and Tourism, Reyes Maroto, He stressed that this “historic investment” will support “like never before” tourist destinations, “whatever their scale and the type of demand they respond to.” The distribution made by the Maroto ministry takes into account economic variables such as a percentage of tourism GDP with respect to regional GDP and a drop in the affiliation of workers in the tourism sector between December 2019 and December 2020; territorial, percentage of surface of the Autonomous Community with respect to the national surface and population density; and tourism, such as the number of international tourists received in 2019 and spending by those tourists.

However, what the Minister of Industry and Tourism, Reyes Maroto, has wanted to obviate is that part of those criteria for the distribution of funds are given by the management of the pandemic that the regions themselves have done. In the case of Madrid’s community, the opening of bars and restaurants and the lifting of restrictions greatly favored a tourism sector heavily burdened by the pandemic. Despite criticism from the socialist government, the president of the Community of Madrid, Isabel Díaz Ayuso, launched a series of measures that favored tourist activity in the capital, reducing the fall in regional affiliation in the sector and increasing its contribution to GDP, two of the criteria for the allocation of Maroto funds.

In this way, the distribution of these funds to the communities is led by Andalusia, which has received 72.6 million euros, followed by Catalonia with 69.8 million. They are followed by the Valencian Community (49.8 million euros), the Canary Islands (49.5), the Balearic Islands (47.7) and Castilla y León (41.54). Those that receive the least are the Region of Murcia, with 21.6 million euros; and Cantabria and La Rioja, which received 18.6 and 18.4 million, respectively. For its part, the Community of Madrid receives 34.11 million euros, which is 50% less than the Catalan region.

According to the Ministry, it is the most important investment included in the Plan for the modernization and competitiveness of the tourism sector or component 14 of the Recovery, Transformation and Resilience Plan of the Spanish Government, and which is endowed with 3,400 million euros. The Sustainability Plans program will allow destinations to “effectively” incorporate sustainability and digitization in the management of tourism resources, infrastructures and products; and it will contribute to the arrival of tourists throughout the year by diversifying the offer of destinations, which “will generate opportunities for employment and activity throughout the territory.”