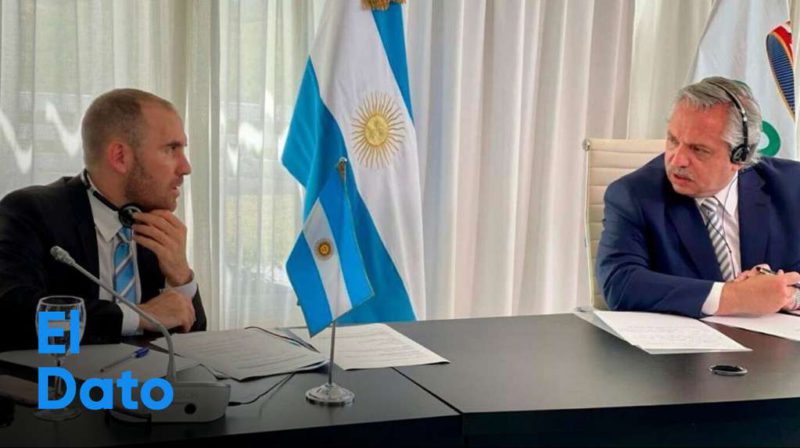 The pink House entered injury time to close a deal to reschedule the debt of US$44.000 millones you have with the agency and the Minister of Economy Martin Guzman He promised President Alberto Fernández a quick agreement: the deadline is December 22.

Against the clock to close a deal, a team from the Ministry of Economy and the Central Bank of the Argentine Republic (BCRA) will travel to Washington on Saturday to meet with the Fund’s staff. The owner of the portfolio Guzmán will lead the meetings via zoom in order to reach a technical understanding that will allow the loan to be refinanced. Technical talks will formally begin on Monday 6.

Read more: Summit of Martín Guzmán with the CGT: they demand an agreement with the IMF without adjustment or adjustments in labor laws

In this sense, there are still issues to be resolved and differences to be settled as a request from the authorities of the international organization to carry out a possible devaluation.

The situation is delicate and the government knows that it needs to close a deal to regain confidence and bring calm to the market. On these days the reserves Central Bank international transactions are located below maturities that the country has to face until March, according to different economists, which places the country in a situation of greater vulnerability.

According to calculations by the consultancy Ecolatina, available reserves by the end of the year will be below US$4000 millones, contemplating gold (90% of the total), excluding SDRs (the special drawing rights granted by the organization as part of its assistance to its partners to get out of the pandemic) and the payment of US $ 1.9 billion to the Fund.

The objectives of the IMF in the negotiation with Argentina

As reported from the Casa Rosada to TN, the authorities of the Fund, which commands Kristalina Georgieva, will seek with the visit to close the technical aspects of:

The Government seeks to achieve an extended facilities plan

The negotiation points to a 10-year extended facilities plan with a little more than 4 grace, with which the country would start paying around 2026. Although it is pending whether or not there will be a reduction in the surcharge.

Before Christmas it is estimated the executive board will meet From the bottom. In that instance, not only the fate of the agreement can be defined with the country but will also analyze the local request and that the G20 collected to review the surcharges charged to countries like Argentina.

For him December 22th, meanwhile, expires second installment of loan principal, for about US$1900 millones. From the Casa Rosada they ratified that it will be paid with the “pandemic funds” issued by the IMF last August.